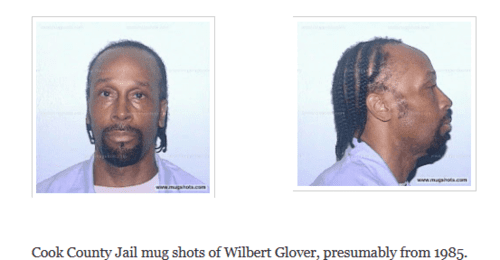 Heard About The "Minnesota Man" Who Kidnapped And Raped A Teenage Boy In A "Dungeon"? He's Black

But he appears to have murdered someone he kidnapped, which is a federal death penalty offense (kidnapping is federal), aside from his additional attempted murder.

So, instead of getting the needle, he did a lousy 21 years in medium security, “Dixon State University.”

“Illinois Department of Corrections records show Glover was convicted in the 1980s of kidnapping and attempted murder.”

I guess he got a freebie for the murder.

If you kidnap someone, and he somehow dies during or immediately after the crime (e.g., from a heart attack, immediately after being released), that’s capital murder, regardless of who pulled the trigger. It’s just like being the getaway driver on a bank heist, where your partners murder someone inside the bank. In for a dime, in for a dollar. However, over the past 50 years or so, jurors who are fans of black cut-throats have increasingly engaged in various degrees of jury nullification.

For instance, during the early 1970s, black supremacist cut-throat Robert “Sonny” Carson led his gang in a kidnapping of two men, murdering one and shooting and leaving for dead the second vic. In a travesty of justice, the Brooklyn jury convicted Carson of kidnapping, but not of murder, and sentenced him to virtually no time.

Now, the $64 question is, What race is the 19-year-old vic? Was this possibly a hate crime by a man who may have committed the same hate crime countless times inside? Ultra-violent black homosexuals are obsessed with raping whites—men and women alike.

It makes you also wonder what race Glover's vics were 30 years ago.

The following Official Record of Wilbert Glover is being redistributed by Mugshots.com and is protected by constitutional, publishing, and other legal rights. This Official Record was collected from a Law Enforcement agency on 3/01/2011. Last updated on 10/11/2013.

ST. PAUL, Minn. — Authorities say a 55-year-old man kidnapped a 19-year-old man from a Minneapolis street, took him to his St. Paul home, and kept him chained up while repeatedly sexually assaulting him over four days.

The victim escaped Tuesday and went to a neighbor’s for help. And on Wednesday, authorities charged Wilbert Glover with kidnapping and criminal sexual conduct.

Glover is being held on $1 million bail and is scheduled to make his first court appearance Monday. Online court records don’t list an attorney for him. The criminal complaint says Glover injured himself in a holding cell after banging his head on a door frame.

Illinois Department of Corrections records show Glover was convicted in the 1980s of kidnapping and attempted murder. He was released from prison in 2008.