Earlier: THE FULFORD FILE: “It’s All A Damned Conspiracy”—When Black-On-White Murders Contradict The Narrative, The MSM Doesn’t Want You To Know

TVTropes, on a page about people being afraid to inform on mob bosses, says:

An epsiode of CSI had a hitman refuse a deal to name the man who hired him in exchange for not facing the death penalty, figuring he'd live longer on death row.

This is true: Death Row amounts to protective custody. Rapist-kidnapper Caryl Chessman, who was executed in 1960, 12 years after his crime might have been killed by other inmates if he'd been in a regular prison. But people live a long time on Death Row, because of anti-Death Penalty activists and the lawyers who work hard to help murderers escape the penalty of their crime.

Despite the assumption that the federal death penalty is the “gold standard” for capital cases, defendants often encounter the same poor lawyering and misconduct found in state trials — yet with the benefit of even less judicial scrutiny after the fact. https://t.co/npface3lpO

The Intercept has an article about a black carjacker that killed a white couple in 1999, and was sentenced shortly thereafter.

Brown [the killer's white mother] was at the federal penitentiary in Terre Haute, Indiana, to see her son Christopher Vialva. He had only recently arrived on death row. In June 1999, just over a month after his 19th birthday, Vialva and a group of younger teenagers had carjacked and killed a young married couple in Fort Hood, Texas, shooting them and setting their car on fire. Vialva’s co-defendant, Brendan Bernard, was 18 at the time. He too was sentenced to die.

Vialva and Bernard were the first people to get a federal death sentence in the Western District of Texas. It was six years after Bill Clinton’s 1994 crime bill expanded the federal death penalty, and new death sentences were climbing. Although all the cases involved coldblooded killings, they were not the kinds of terrorist acts or mass murders that Americans might have associated with federal death row. Several of the condemned were strikingly young. Vialva told his mother that one man had spotted him in the recreation yard in Terre Haute and shaken his head. “Damn, man,” he said. “They’re putting babies in here.”

Vialva is the first Black man to face execution during Trump’s killing spree. He is set to die on September 24, 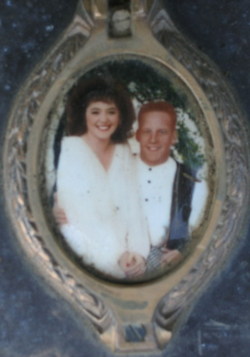 Of course, a 19-year old isn't a baby, he's old enough to drive a car, get married, get a job, vote, join the Armed Forces, and vote in an election. He's also old enough to be executed for murder. (The Supreme Court decided that a 17-year old, who can do all of that but vote, can't be executed, thus saving the lives of some of Vialva's accomplices.)

In Vialva's case, he was old enough to commit a double murder of a white couple and set fire to their car—on a Federal Reservation, which is why it's a federal case.

The Intercept has a lot of stuff about how racist it is that blacks who commit murder get the death penalty, nothing about how racist the murders were. That's not part of the Narrative. They also mention the case of Keith Lezmond, who the officials of the Navajo Nation wanted to save, for what they say are Indian cultural reasons.

My headline on that story was Navajo Nation Doesn't Want Navajo Murderer Of Navajo Woman And Navajo Child Executed; His Lawyers Are Claiming "Jury Bias".

But returning to the execution of the now 40-year old Vialva, twenty years after his crime, one of the claims for clemency is that during the unconscionable delay between his murder and his execution date, he has somehow reformed, and become a better person.

One of the replies to the Intercept's tweet above said:

Cases such as this highlight how the death penalty is a barbaric act, how it harms the innocent, from families to every person that reflects on these people.  I am pained by his sentence , & it won’t heal the family of the victims. Science proves we are new people at 40 vs. 20.

I don't know it science does prove "we are new people at 40 vs. 20" but the fact that Vialva is alive at all is, once again, a miscarriage of justice.