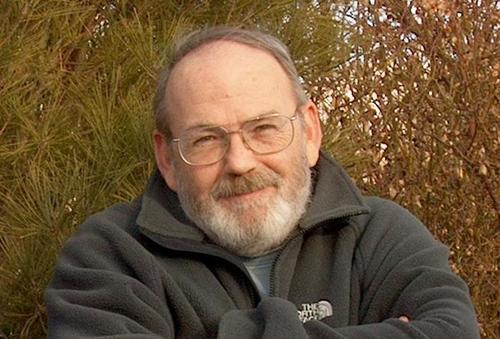 JayMan has an excellent column over at The Unz Review, taking down the Southern Poverty Law Center ("$PLC" to VDARE.com readers) hit piece on anthropologist Henry Harpending.

(Henry is the co-author, with Greg Cochran, of The 10,000 Year Explosion, and co-blogger with Greg at the West Hunter human-science blog.)

As JayMan says, the $PLC piece goes into so much detail about Henry’s ideas, it’s a thumbnail education in Human Bio-Diversity (HBD) all by itself.

In their piece to discredit Harpending, they’ve selected quotes and claims that pretty much make the case for HBD, much like my earlier post (featuring “Misdreavus”) Why HBD. A novice reader coming to this SPLC piece would realize that there must be something to this HBD thing, presuming they were not deterred by the SPLC’s God-like decree that this topic matter is evil and hence verboten.  [Henry Harpending: Extremist – Says the Southern Poverty Law Center by JayMan; The Unz Review, August 27th.]

Quintessential parva sed matura blogger M.G. at Those Who Can See puts the current mass-migrations crisis in HBD perspective:

Europe and the U.S. are both being overrun with illegal aliens from the South. We recently asked the question, ‘Why?’ One answer, we’ve found, could be the former’s higher levels of Future Orientation. This ability to fully conceive of and plan for the future creates societies that are the envy of the world.

But we also argue that a second quality is drawing the masses to Euros’ doors. We call this trait Commonweal Orientation. Where it is found in abundance, safe and prosperous societies seem to flourish. So what is it, and why has it been so unevenly distributed on Planet Earth?  [Why Re-Colonization? Commonweal Orientation by M.G.; Those Who Can See, September 1st 2015.]

HBD Chick is still resting up;  Jason at Human Varieties hasn’t been heard from since July; Greg Cochran himself is in bypass surgery this week.

Speedy recovery to those unwell or in care, a vigorous new academic year of HBD blogging to all, and fie! on the $PLC.

I have said that the case for HBD will soon become impossible to ignore. The Church can make only so many sanctions before more Galileos with their own telescopes see the real truth. As the wall of dogma collapses under its own weight, the powers on high will scramble to suppress the truth even more. Donald Trump and his recent success may be a sign that the Gatekeepers are failing in this aim.