Has Judah P. Benjamin Been Canceled or Memory-Holed?

Earlier: Judah P. Benjamin: The Gay Jewish Confederate Leader Without a Statue to Tear Down

Actually, Judah P. Benjamin (who served as U.S. Senator from Louisiana from 1853-1861, then served as the Confederate government’s ministers of war, state, and attorney-general) was not the first ethnically Jewish U.S. senator. His cousin David Levy Yulee served as Florida’s U.S. Senator on and off from 1845-1861.

Benjamin was not canceled, he has instead been largely memory-holed as part of Jews’ desire to not reckon with the sizable and popular role that Jews played the South in the time of slavery, the Confederacy, and the Jim Crow Era.

For example, here is a monument to him in Charlotte, NC: 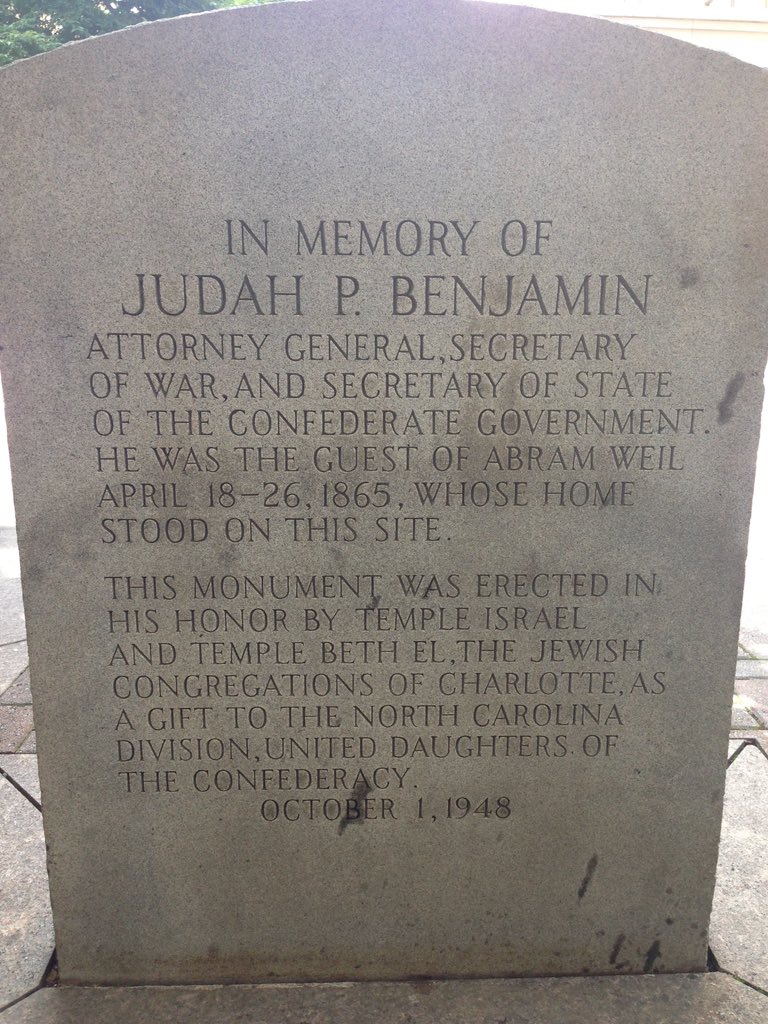 Here is a memorial to him in Florida:

This antebellum mansion was home to Major Robert Gamble and headquarters of an extensive sugar plantation.

It is the only surviving plantation house in South Florida. It is believed that Confederate Secretary of State Judah P. Benjamin took refuge here after the fall of the Confederacy until his safe passage to England could be secured.

In 1925, the house and 16 acres were saved by the United Daughters of the Confederacy and donated to the state. Today, the mansion is furnished in the style of a successful mid-19th century plantation. Guided tours of the house are given six times a day, Thursday through Monday, and there are picnic tables on the grounds. 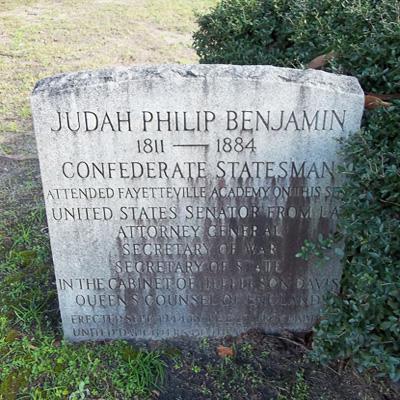 The Judah P. Benjamin memorial is a simple granite tablestone with a flat arch top standing about 3-feet tall. It is unadorned aside from the inscription. Although the inscription says the marker was erected by the J.E.B. Stuart Chapter of the United Daughters of the Confederacy (U.D.C.) it was actually paid for and presented to the U.D.C. by the Fayetteville B’nai B’rith Lodge.

In 1865, Benjamin, rather than risk imprisonment, fled into exile in Britain. There he rebuilt his prosperous career as a lawyer and wrote a famous law textbook that was used for generations. 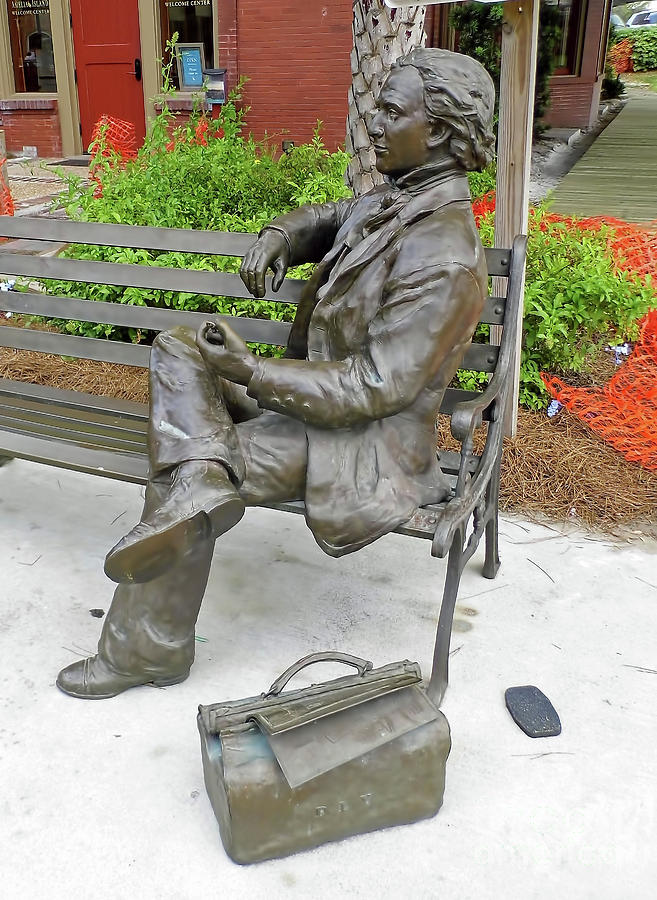 In contrast, his kinsman Levy-Yulee accepted punishment for treason, served nine months in federal prison, was pardoned by President Andrew Johnson, and got back to work building railroads in underdeveloped Florida.

President Grant paid a visit to Levy Yulee’s estate as a gesture of national reconciliation.

Levy-Yulee is maybe the last Confederate ever to be honored with a statue in the U.S., with a life-sized bronze piece unveiled in 2014 in Florida.