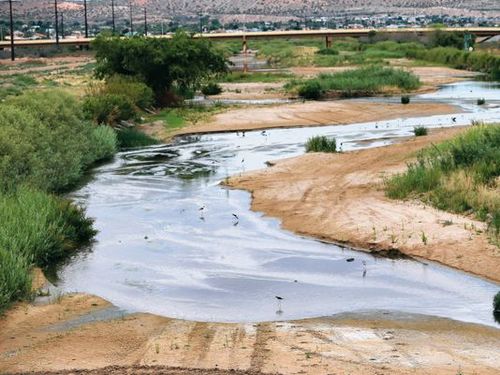 Guatemalan 8-Year Old Gets Left Behind in Ciudad Juarez

Here's yet another  example of the ongoing humanitarian disaster encouraged by the Open Borders fanatics:

Mexican officials have in their custody an 8-year-old boy from Guatemala who was left behind in Juárez after his father tried to cross illegally into the United States through El Paso on Tuesday night [Nov. 10th]. Federal police found the boy walking on the Mexican side of the Rio Grande near marker 17 at about 6 p.m. and took him to the National Immigration Institute, or INM, office at the Paso Del Norte International Bridge.

The INM is the Mexican government immigration agency.

Officials said the boy was involuntarily left behind when his father, identified as Angel Francisco Méndez, was crossing the river. Méndez was immediately arrested by Border Patrol agents.

The information is a little vague. How was the boy "involuntarily left behind"? Did his dad just abandon him or were they just separated somehow?  The article doesn't really explain.

Anyway, the dad got detained anyway.  So they were separated for nothing.

INM [Mexico's immigration agency] spokesman Luis Carlos Cano said Chihuahua state's Family Development Agency, or DIF, took the boy into custody late Tuesday [the 10th].  He said the immigration agency is working with DIF and the National Commission of Human Rights to return the boy safely to family members in Guatemala as soon as possible.

To their credit,  Mexican officials  understand that this boy belongs in Guatemala.  If only our officials understood that illegal aliens belong in their own countries.

The Attorney General for the Defense of Minors and the Family spokeswoman in Chihuahua City, Marina Martínez, said the boy is in good physical and emotional health.  She said the boy is going to stay in a DIF shelter in Juárez until he returns home.

And where is the boy's mom?

Memo to those who use family unity as an excuse for not deporting illegal aliens: it's the illegal aliens who are dividing their own families.