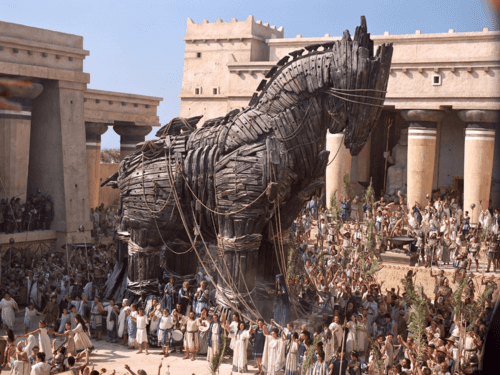 Battered Greece and Its Refugee Lesson

MOLYVOS, Greece — Here’s a rough guide to the modern world: More efficiency, less humanity. Technology is principally at the service of productivity. Acts of irrational grace are not its thing. They have no algorithm.

Greater prosperity equals diminishing generosity. Device distraction equals inability to give of your time. Modernity fosters the transactional relationship over the human relationship. The rules are not absolute, but they are useful indicators.

As we know, because Syrians have always been notorious for losing their passports. They’re known as the Forgetful People. They lose their umbrellas constantly, so why not their passports too?

, have arrived in a Greece on the brink this year, almost half of them coming ashore in the island of Lesbos, which lies just six miles from Turkey. They have entered a country with a quarter of its population unemployed. They have found themselves in a state whose per-capita income has fallen by nearly 23 percent since the crisis began, with a tenuous banking system and unstable politics. Greece could serve as a textbook example of a nation with potential for violence against a massive influx of outsiders.

In general, the refugees have been well received. There have been clashes, including on Lesbos

Between different groups of Muslim migrants, but who can remember details like this?

Have I ever mentioned that the Huns are evil?

And don’t get me started on how Hungary and Hitler both start with the letter “H.”

… I got talking on the bus to Taleb Hosein, an Afghan refugee. He’d been on the road for a long time, how long he could not say. The worst was a walk of several days without food from Iran into Turkey. He looked very young. I asked how old he was. He did not know. In Afghanistan, he said, there are often no birth records. “I think I am about 17 or 18,” he said.

When you are cruising around in your flying BMW in 2025, just try to remember that flying cars were invented in 2016 by Taleb Hosein and other genius Merkel Youth like him who came from cultures where nobody knows how old they are.

I asked Alexis Papahelas, the executive editor of the Greek daily Kathimerini, what Greece could teach the world: “That dignity and decency can be preserved, even through the hardest times.”

Yes, the Greeks are shoveling the Muslim mob through Greece as fast as possible because they are humanitarians. The Greeks are sending the Muslim masses north toward Germany as a gift to express how grateful Greece is for Germany’s kindness during last summer’s Euro crisis negotiations. The Greeks would love to hang onto all this prime human capital themselves, but they want Germany to benefit from the Merkel Youth as payback for Ms. Merkel’s kindness over the last seven years toward Greece.

It’s the least the Greeks could do for the Germans after all they’ve done for the Greeks.