The Border Patrol handled more than 234,000 illegals at the southwest border in April. But more frightening, perhaps, than that Camp-of-the-Saints rush at the border is the number the Biden Regime released. The regime freed almost 120,000—a mind-boggling 50 percent—to declare squatter’s rights and establish colonies in your hometown.

The latest numbers come from the Texas v. Biden case, which requires the regime to provide monthly border statistics. U.S. Customs and Border Protection will publish its monthly totals in the next few days.

Encounters for April totaled 234,088. Three border sectors account for almost half the total that border agents handled along the frontier from Texas to California. 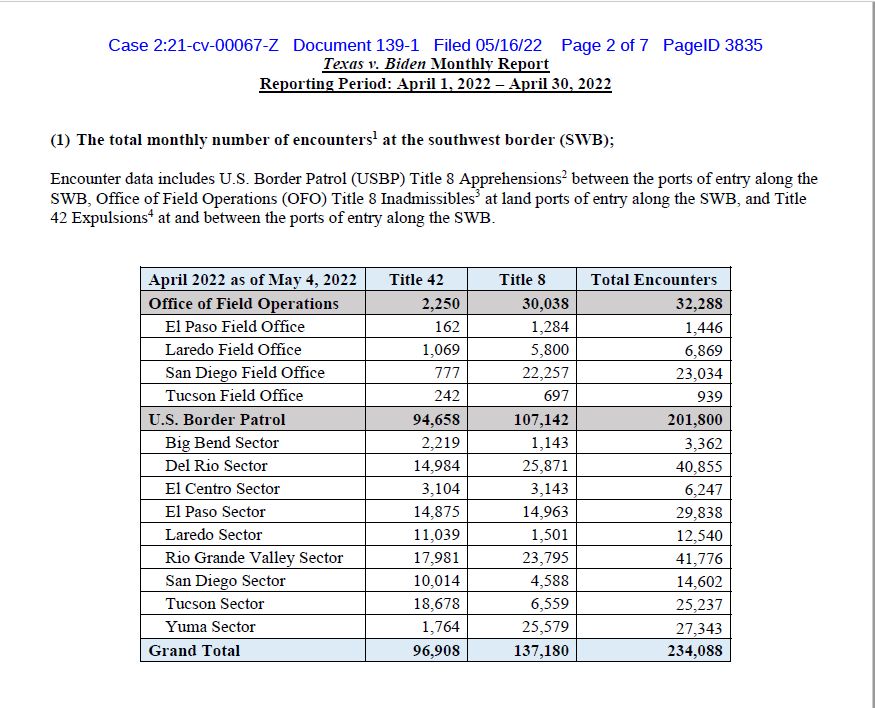 In keeping with the Great Replacement blueprint that Homeland Security chief Alejandro Mayorkas created in February, the regime released more than half of the illegal-alien horde: 117,989. 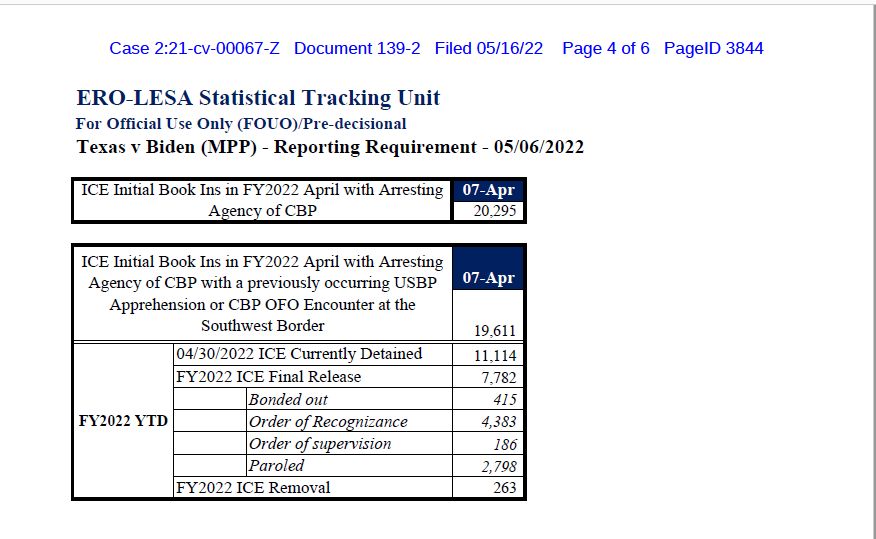 The share of those caught and then released increased significantly from March. The regime had been releasing just under 40 percent.

In early May, Mayorkas told Fox News’s Bret Baier that the regime has released 836,000 illegals since taking power after the stolen 2020 election.

But The Great Replacement is just a white supremacist conspiracy theory.