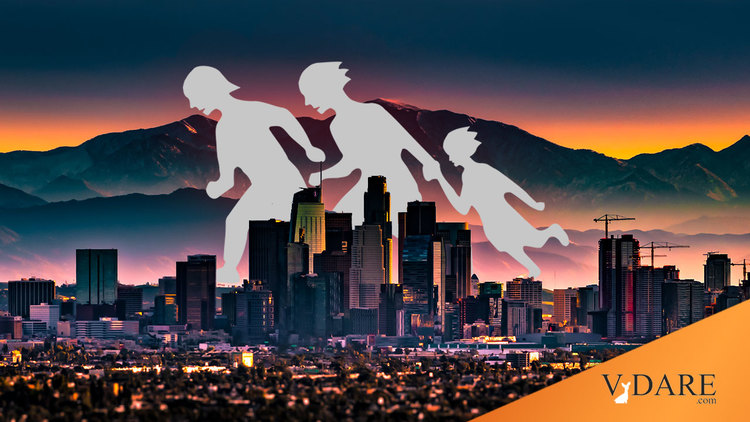 Hardly a day goes by when Traitor Joe and Alejandro Mayorkas, our Cuban-Jewish Homeland Security Secretary, don’t ratchet up the border treason. Now, NBC News tells us, the Dynamic Duo of The Great Replacement are planning to dump “migrants”—Leftist code for illegal aliens—into major American cities. If any good news is in the report, it’s that Biden is starting with Los Angeles, which is already a deep blue sh*t hole [Amid border surge, Biden admin plans to send migrants to cities deeper inside U.S., starting with L.A., say internal documents, by Julia Ainsley, June 8, 2022].

NEW: DHS is planning to transport migrants from U.S. cities along the southern border further into the interior of the country, beginning with Los Angeles in the coming weeks, according to internal documents. https://t.co/jdzMleyAw4

DHS “plans to transport migrants awaiting immigration proceedings from U.S. cities along the southern border farther into the interior of the country, beginning with Los Angeles in the coming weeks,” internal documents say:

The plan would alleviate overcrowding along the border, where record numbers of border crossers have overwhelmed the capacity of shelters in some cities, at times leading Customs and Border Protection, or CBP, to release migrants on the street to fend for themselves.

Typically, migrants who are allowed to stay in the country and make asylum claims are released to shelters run by religious and nongovernmental organizations after they are released from CBP custody. From there, the migrants pay for flights and bus transportation to cities where they go before immigration judges who will rule on their asylum claims.

Wait a minute…“the migrants pay” for the transportation? As they say in the Army, that’s Bravo Sierra.

Which is what the very next sentence tells us: “The new model would use federal funds to send migrants to shelters in cities farther inside the country before they go to their final destinations.”

So no, they won’t pay. We will, and in more ways than one when the crime wave starts.

The Biden-Mayorkas Axis of Treason also plans to drop payloads on these unfortunate cities: Albuquerque, New Mexico, Houston and Dallas, Texas, and other cities.

In-house comedians at DHS are calling it the “Abbott Plan” because Texas Governor Greg Abbott shipped a load of illegals to the steps of the U.S. Capitol to protest Biden’s Border Treason.

Former White House spokeslady Jen Psaki had it right when she said illegals are “free to travel” anywhere they wish when a reporter asked about Abbott. She should have added that the travel is free.

Jen Psaki says illegal immigrants are “FREE TO TRAVEL” throughout the U.S. once they cross the border pic.twitter.com/KLsx3PW7RH