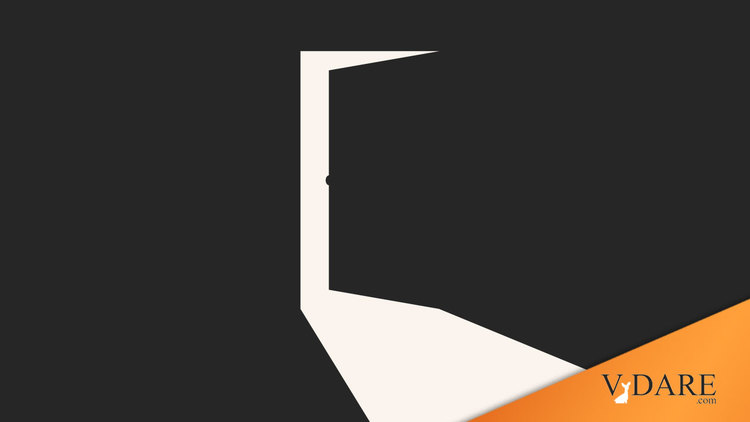 Traitor Joe Biden’s U.S. Citizenship and Immigration Services has added yet another new pipeline for illegal aliens to help along The Great Replacement. Illegals with Temporary Protected Status can now travel outside the United States and return to be admitted as legal immigrants [Temporary Protected Status and Eligibility for Adjustment of Status under Section 245(a) of the Immigration and Nationality Act, USCIS.gov, July 1, 2022].

Here’s the key line from a memorandum laden with legalese:

This is an obvious way to pack the country with more illegals, but doing so “legally” because they will have been “inspected and admitted.” Leaving and returning magically changes their status.

Robert Law of the Center for Immigration Studies explained the obvious. Illegals or anyone with temporary status is allowed to stay here because returning home is dangerous:

“If it’s unsafe to return, how could they safely visit?”

USCIS did not address that specific issue in response to an inquiry from The Times. Instead, it pointed to an online page about TPS travel approval in general.

[H]e expects many TPS holders to take advantage of the new policy.

“It’s hard to imagine a TPS beneficiary not trying this,” he said. “They could travel to Mexico or Canada, or their home country or anywhere else, and return, and voila — they can now get a green card if otherwise eligible.”

Yesterday, Let’s Go Brandon extended TPS until March 24, 2024 for 343,000 Venezuelans.  Last month, he extended Deferred Enforced Departure for Liberians for another two years. In April, he gave TPS to 12,000 Cameroonians.

The Great Replacement looks a lot like a conspiracy even if you do wear a tin foil hat.

Today, @SecMayorkas is extending the designation of Venezuela for Temporary Protected Status (TPS) for 18 months. This extension of TPS for Venezuela applies only to existing beneficiaries who were in the U.S. before March 8, 2021.