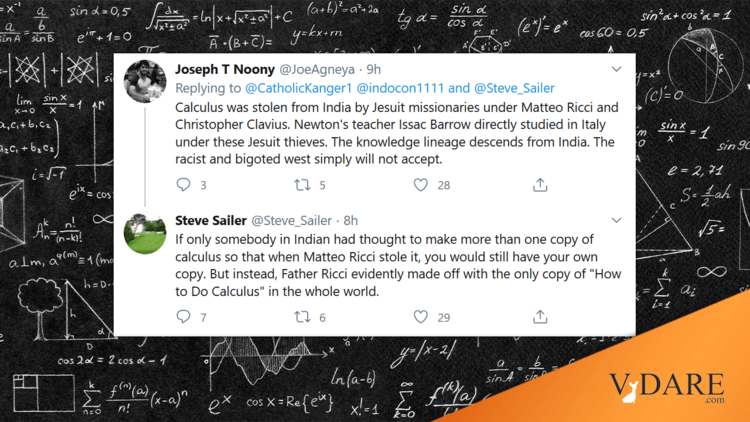 After Such Knowledge, What Forgiveness?

The unforgivable fact of 2020 is that white men have done most of the great things of the last 600 years. This deeply angers many resentful nonwhite people today that their ancestors didn’t accomplish much.

As T.S. Eliot asked: “After such knowledge, what forgiveness?”

And, proving my point, I hit a motherlode of irate Hindu supremacists:

If only somebody in Indian had thought to make more than one copy of calculus so that when Matteo Ricci stole it, you would still have your own copy. But instead, Father Ricci evidently made off with the only copy of "How to Do Calculus" in the whole world.

Serious question: Why does India have an impressive history of abstraction (e.g., zero sounds simple to have invented but that’s because some Indian invented it) but a weak one of application?