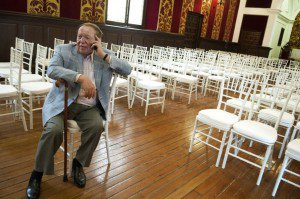 Who according to Wikipedia

Early in 2014…donated $2.5 million to the Drug Free Florida Committee, the political committee trying to defeat Florida's Right to Medical Marijuana Initiative which would legalize Medical cannabis in that state. Later in 2014 donated an additional $1.5 million to the No On 2 campaign. He believes that cannabis is a gateway drug.

It is disgustingly plausible that the GOP Congresscritters were paid off to perpetrate this slimy stunt.

I hear a voice from the wilderness: If we accept that it is counterproductive and a distraction for the Republicans to focus on fighting anti-marijuana laws, as James Kirkpatrick wisely noted, and if we accept that the man most responsible and intent on the Republicans NOT fighting amnesty is Sheldon Adelson, then wouldn’t it make the most sense for Adelson to spend a lot of cash fighting marijuana legalization?

Yes it would. Hmm.

“As VICE reported in June, Sheldon Adelson… and his wife are major donors to a medical research facility in Tel Aviv that supports the use of marijuana to treat a number of diseases, so it’s a tad strange for Adelson to seek a ban on medical pot in America while financing it in Israel.”

Luke Ford does wonderful, courageous work but I am not entirely sure about the direct link with Amnesty. Double standards over Israel are reflexive for Adelson and his wife I understand is a medical doctor who is interested in addiction issues. Quite possibly he is sincere.

That does not mean he should be able to buy his way. Florida and DC voters wanted legalization.

It does appear that the prospect I raised in Has Sheldon Adelson Bought Harry Reid Too? has not eventuated: Online gaming ban omitted from government spending bill By STEVE TETREAULT and HOWARD STUTZ LAS VEGAS REVIEW-JOURNAL December 9, 2014

The Online gambling guys would be wise not to go to sleep. Adelson did not get where he is by giving up. Most likely the Highway Bandits who run Congress figure by making it difficult they can shake him down for more.

Sheldon Adelson is a menace to the Republic.