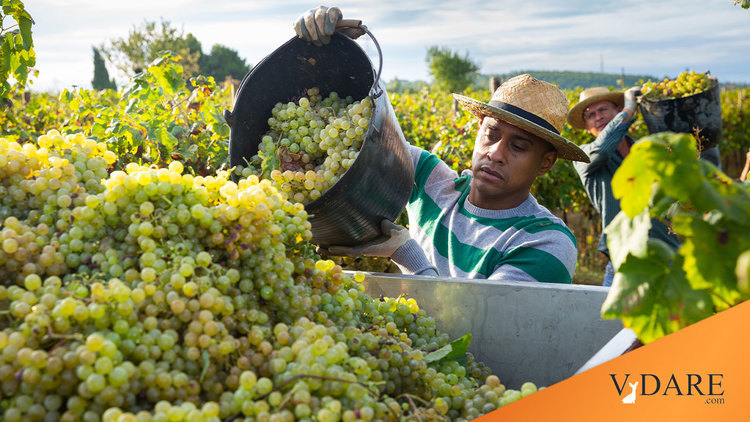 From the McClatchy Newspapers:

Biggest challenge to immigration bill may be guest workers

WASHINGTON — As immigration talks resume, the public debate has once again zeroed in on the merits of granting some type of so-called amnesty to 11 million illegal immigrants. But another, more complicated dispute – where the sides are equally entrenched – is brewing behind the scenes between organized labor and business interests.

That debate, over how to manage future flows of legal immigration, particularly the size and scope of some kind of temporary worker program, could just as easily derail any type of immigration overhaul.

Farmers from California to North Carolina say they need more temporary workers to grow and pick crops. Increased border enforcement has made it harder to fill crucial agriculture jobs.

Plant managers in North Carolina and South Carolina, for example, have been forced to turn to prisons to man assembly lines at poultry plants.

“The workers are not here,” said Manuel Cunha, president of the Fresno, Calif.-based Nisei Farmers League.

“You got to have milkers. You don’t bring anyone out of the unemployment line to milk cows.”

Well, that's what the unions say. But you can't take their word for anything, not the way you can take a big landowner's word that he's got to have more cheap labor.

Republican leaders, mindful of the electorate’s demographic changes, now say they’re willing to discuss some type of path to legalization for some of the estimated 11 million people who are living in the United States illegally. But in return, they say, border security must be improved and Democrats have to stand up to unions and support an expanded guest-worker program, including some non-agriculture jobs, in order to prevent future waves of mass illegal immigration.

Some fear that a path to legal status without an accompanying worker program would lure more undocumented immigrants into the United States.

“There is so much agreement on border security, employment verification,” Sen. Lindsey Graham, R-S.C., told McClatchy. “It breaks down on the number of guest workers. Unions hate that, but we have to have it."

So, what you're saying, Lindsey, is that the way to prevent the luring of more undocumented immigrants into the United States is to document them?