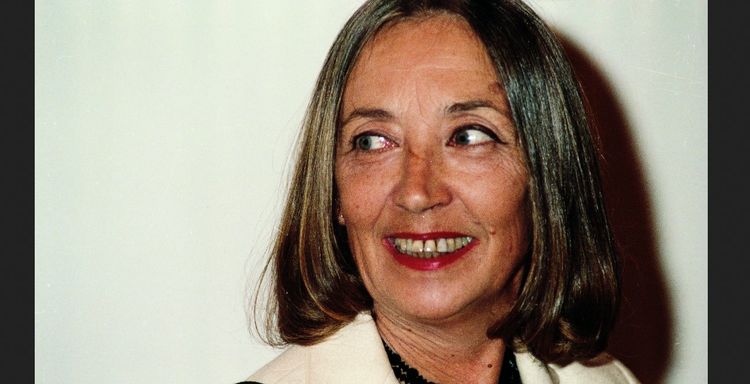 The free world is diminished today with the death of Oriana Fallaci. The one-time resistance fighter in the second World War had evolved from being a passionate journalist of the left to a fearless defender of traditional western values.

She was well known for her provocative interviews with the famous, from Henry Kissinger to the Ayatollah Khomeini. She outraged the Iranian cleric by accusing Islam of brutality toward women and discarding the chador she had worn, calling it a "stupid, medieval rag."

She died in her home town of Florence after fighting cancer for several years, and had lived for years in New York. She was in the city at the time of the 9/11 attacks and was so infuriated that she wrote "The Rage and the Pride" which was filled with anger about the Islamic invasion of Europe and Muslims' war against the west. Though condemned by the politically correct, the book was a best-seller in Italy and Europe.

In 2005, she was accused in an Italian court of the villification of Islam for writing against the religion in another book The Force of Reason. But she could not stop being a modern Cassandra.

Ms. Fallaci speaks in a passionate growl: "Europe is no longer Europe, it is 'Eurabia,' a colony of Islam, where the Islamic invasion does not proceed only in a physical sense, but also in a mental and cultural sense. Servility to the invaders has poisoned democracy, with obvious consequences for the freedom of thought, and for the concept itself of liberty." [...]

"Civilizations die from suicide, not by murder," the historian Arnold Toynbee wrote, and these words could certainly be Ms. Fallaci's. She is in a black gloom about Europe and its future: "The increased presence of Muslims in Italy, and in Europe, is directly proportional to our loss of freedom." [Prophet of Decline, Opinion Journal 6/23/05]

Last summer, Fallaci, a self-described atheist Christian, met with the Pope, about whom she remarked, "I feel less alone when I read Ratzinger's books."

Unfortunately, we who share Fallaci's concerns about the future of the west do feel more alone today, as well as being alarmed at the increase of Islamic immigration to America.

[Combative writer Oriana Fallaci dies, AP 9/15/06]: The current invasion, Fallaci went on to say, is not carried out only by the "terrorists who blow up themselves along with skyscrapers or buses" but also by "the immigrants who settle in our home, and who, with no respect for our laws, impose their ideas, their customs, their God."