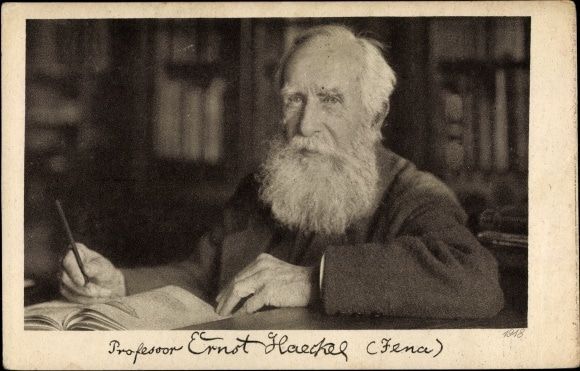 Following the 100th anniversary of the death of the “German Darwin,” researchers have distanced themselves from the classification of humans into races. Scientific decency should preclude using the term “race,” they say.

Scientists at the University of Jena in eastern Germany have called for the term “race” to no longer be used, saying there is no biological basis for the classification of humanity into races.

“The primarily biological justification for defining groups of humans as races — for example based on the color of their skin or eyes, or the shape of their skulls — has led to the persecution, enslavement and slaughter of millions of people,” the scientists wrote in the Jena Declaration.

“However, there is no biological basis for races, and there has never been one. The concept of race is the result of racism, not its prerequisite,” they continued. …

Scientific research on genetic variations of human beings shows that “instead of definable boundaries, genetic gradients run between human groups,” say the scientists. “To be explicit, not only is there no single gene that underpins ‘racial’ differences, but there is not even a single base pair.”

Didn’t Wittgenstein point out that “games” don’t have any one thing in common that always determines that they are games?

And yet the concept of games remains a useful one.

“Designating ‘the Africans’ as a supposed threat to Europe, and attributing certain biological characteristics to them, are also in the direct tradition of the worst racism of our past. So, let us ensure that people are never again discriminated against on specious biological grounds,” the scientists write.

Also, the Jenaites pointed out that now that young people are educated that race has no biological basis, you never ever hear young “black” women talking about their “black hair” anymore. In this century, we all know that supposed racial differences in hair were just a white racist myth, which has freed up a lot of time in the brains of black women to think about more productive topics than the scientifically non-existent differences between their hair and that of Becky with the good hair.