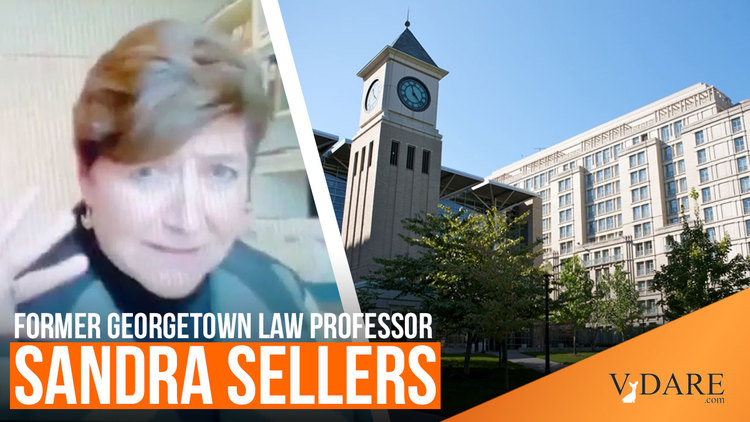 Georgetown Law Prof Says She Feels Angst Over Low Performance Of Her Black Students, Gets Fired

Earlier by John Derbyshire: Then They Came For Amy Wax (Again). America’s Cultural Revolution Is Speeding Up.

Georgetown Law has fired a professor for “reprehensible” comments about Black students that were shared online.

Dean of Georgetown Law Bill Treanor said he was “appalled” by the “reprehensible” statements made by former professor Sandra Sellers and David Batson, another professor who was placed on administration leave, in a letter to the Georgetown Law community on Thursday.

Batson has been placed on administrative leave pending an investigation by the school’s Office of Diversity, Equity and Affirmative Action. Batson will not be involved in courses while the investigation is being conducted.

“This is by no means the end of our work to address the many structural issues of racism reflected in this painful incident, including explicit and implicit bias, bystander responsibility, and the need for more comprehensive anti-bias training,” Treanor added.

Sellers was heard in a video discussion with Batson talking over her "angst" about the performance of Black students, NBC News reported.

The conversation was recorded and posted on the online Panopto which students have access to as they attend virtual classes.

So, teachers, listen to Georgetown University’s message: you must NOT feel angst over the lower average performance of black students. Harden your feelings.