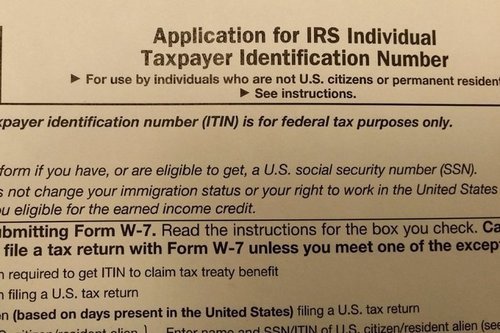 George Will Wrong To Think DHS Would Need A "Network Of Informers" Deport Illegals—Their Addresses Are On The Government Checks!

Notorious #cuckservative George Will has pronounced on Donald Trump's plan to deport millions of illegal aliens in two years. He claims that a police state would be necessary, with nightmare visions of midnight raids and millions of informants necessary to remove the 11-20 million illegal aliens in the United States. As VDARE.com has pointed out, as has the Federale blog, it’s been done before without any police state tactics, Operation Wetback, and executed by a moderate Republican that Will admires.

Another moderate Republican admired by Will, Mitt Romney, advocated a self-deportation scheme that could only happen if illegal aliens were too frightened to remain in the face of vigorous immigration enforcement. And Romney was correct in his plan, as was Eisenhower and Jumpin' Joe Swing in their execution of Operation Wetback.

However, besides being incorrect in general, Will in wrong on the particulars of any current move against illegal aliens and the necessity for "police state" tactics. As will be shown, the only question is Will being dishonest or just plain ignorant, for a pundit of his ill-deserved reputation.

First, Will summons the nightmare of the totalitarian state and its network of informers that characterized National Socialist Germany and the various Communist states, as well as the dystopian novel Nineteen Eighty-Four. Will asserts that the rid the nation of illegal aliens a network of such informers would be necessary. That, of course, may appear to the politically illiterate and the generally ill-informed, to be a reasonable assumption. As a writer who constantly harps on the ignorance of the both the public and those who write on the immigration subject, I must be careful, as I know how ignorant even the politically active are on the underlying facts about immigration law and immigration law enforcement. Many, though, just plain lie, like the Treason Bar, activist groups, and politicians. However, given Will's reputation, he doesn't get a pass. This writer will hold him to the facts. He might be getting old, but so is this writer. This writer does have an advantage of 24 plus years in the business, but the wealthy and full-time writer Will has a responsibility for fact-checking and research.

So, will a network of informers modeled on Stalinism be necessary to expose and deport 20 million or so illegals? Well, simply no. Someone unfamiliar with immigration law enforcement or the amount of detailed knowledge available to the government, in its own databases, concerning illegal aliens might think so. In fact, the government in its numerous databases spread across different departments, knows either where almost every illegal alien either works, lives, or both. Furthermore, tax and Social Security records have a home address, as many file income tax returns, claim the Earned Income Tax Credit, or have available credit information linked to the SSN they use to a home address.

Additionally, many illegal aliens receive some sort of Federal or State benefit, either as the primary recipient or for a dependent, either illegally or legally, such as Women's, Infants, and Children (WIC), food stamps, or other welfare program. Those records held by various agencies, such as the Department of Health and Human Services or a State welfare agency have usually accurate home addresses. It is just a matter of database mining to get the addresses to DHS arrest teams.

The reason is that almost all illegal aliens who work, are not paid in cash, but are paid through an electronic payroll system that provides the place of work to the government. This is through the Social Security Administration's (SSA) earnings reporting system as well as that of the Internal Revenue Service (IRS) reporting system. Those illegal aliens, and their employers who wink and nod at the Social Security Numbers (SSNs) that their employees provide which are either invalid numbers, misappropriated numbers, or Taxpayer Identification Numbers (TINs). Most just make up a number, the most common being 000-00-0000, which is duly reported by a conniving employer to the IRS and SSA. Those numbers, along with the Employer Identification Number (EIN) that identifies employers, however, when reported to the IRS and SSA, identify the employer of illegal aliens.

No network of informers needed, as both parties to the conspiracy to violate Title 8 United States Code Section 1324 and 1324a. All the Department of Homeland Security (DHS) has to do is collect that information from the IRS and SSA, and assign Special Agents, Deportation Officers, Immigration Enforcement Agents, Customs and Border Protection Officers, and Border Patrol Agents to a site to raid each day. And as the arrests mount, the illegals will begin to run for the border, as millions did during Operation Wetback.

The next of Will's objection is the number of newly hired immigration officers, as defined in Title 8 United States Code Section 1101(a)(18), needed to effect these arrests. Both Will and Trump make another error here. No new hires are needed. Remember, Operation Wetback was executed with no new hires, and only 750 or so Border Patrol Agents, Special Agents, and Deportation Officers were used. Those employees were supplemented by cooperation from local law enforcement, but, again, there were no new hires among local law enforcement agencies assisting in Operation Wetback, only existing manpower was used.

Currently there are approximately 21,000 Customs and Border Protection Officers (CBPOs), 21,000 Border Patrol Agents, 6,500 Homeland Security Investigations (ICE SVU) Special Agents, as well as a similar number of both Deportation Officers and Immigration Enforcement Agents. So, all together, the number of immigration officers is more than sufficient to raid every employer of illegal aliens or go to their place of residence. No new hires are needed, only the judicious deployment of such current DHS law enforcement employees serving now. I'm not certain where Will came up with a number of 100,000 officers needed to deport his estimate of 11 million illegals, but clearly if 750 immigration officers could deport 1 million illegals, then the 60,000 or so badge and gun carriers at DHS could deport 20 million is two years easily. The ratio is about 1,000 badges for every 1 million illegals. But remember, fear is not only the mind-killer, but the creator of panic among illegals.

So, there we have it. Is George Will willfully ignorant or is he just lying to support amnesty as the solution for illegals. Pretty obviously he is deliberately deceiving his readers. Time to send this #cuckservative packing.