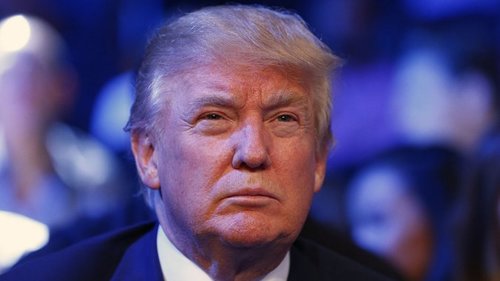 The other day I was in conversation with a conservative journalist, a person whose name you know but whom I shall otherwise identify only as X.

X: "How can you support Donald Trump? He's so obnoxious! So rude! Not a gentleman at all."

I asked whether X had ever met Trump. Answer: No. Had X heard second-hand reports from people who knew him? Another no. (To be fair, X's particular journalistic beat isn't one that would have intersected with Trump's activities.)

Well, I've never met Trump myself, but I know four people, all truthful and trustworthy, who have had first-hand dealings with him. All give him a good report.

Here is one of those people: Tom, over at Radio Free New Jersey. Note that Tom has not been much of a Trump supporter—check his previous posts.

He has met the man, though, and gives him the same good press I have heard from others.

This post of Tom's is from a couple of weeks ago, the day before Trump hosted Saturday Night Live.

We met at a Manhattan party several years ago, at the apartment of a common acquaintance who then worked for Goldman Sachs. At the time I was a clever but mildly obnoxious mid level Analyst from JPMorgan, who kept talking to you about the bond market, and was in fact quite rude to you in a number of ways.

My recollection of the events is that you by contrast, were a perfect gentleman. Thanks to maturity gathered over the intervening years, I've come to regret my behavior that night. And though I doubt you remember it, I'd like to take this opportunity to formally apologize to you. You were perfectly gracious and polite, and I was an obnoxious, know-it-all, boor. Please accept my apology for treatment you so clearly didn't deserve.

More recently, I've been critical of your Presidential bid ....

I know you aren't afraid of a little rudeness Mr. Trump, because I've seen it first hand. And in a strange way, your ability to tolerate rudeness may be the best thing that your presidential bid can offer America right now. Handling this eternally baseless accusation [i.e. of "racism"] with grace might be the very thing that finally puts this ridiculous insult to rest. If that turns out to be the case, and the accusation of racism really does finally "jump the shark," then America will owe you a huge debt of thanks, whether you are elected to anything this term or not.

Best of luck in your future endeavors.