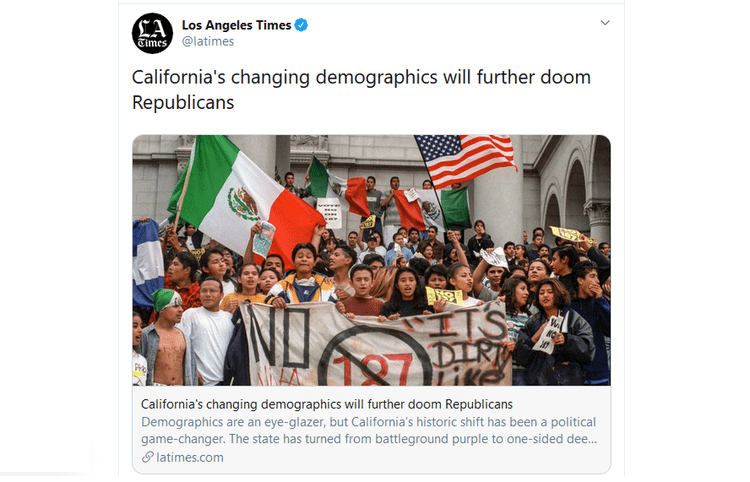 Huh … Apparently the “changing demographics will doom Republicans” conspiracy theory is only an unmentionable conspiracy theory until after it has already happened. Once it’s irrevocably in the bag, however, full touchdown dances are permitted.