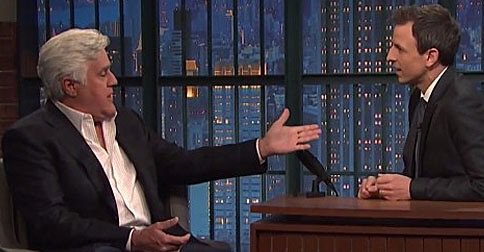 VDARE.com's James Kirkpatrick has just reviewed Jay Nordlinger's review of Ann Coulter's indispensable new book Adios America.  But for the benefit of those who won't follow up by reading Nordlinger's piece in full, here's one memorable paragraph from it:

Incidentally, Jay Leno was complaining earlier this year about the absurd political correctness of young people. He gave an illustration. When Leno was host of The Tonight Show, an intern said to him, “I’m getting lunch, Mr. Leno. What would you like?” Leno said, “I don’t know. Where are you going?” The intern said, “We’re getting Mexican.” Leno said he didn’t like Mexican all that much. The intern said, “Whoa, that’s kind of racist.” Leno was, and remains, stunned.

For the record, I like Mexican food — or at least its vegetarian subset — so I won't be attracting the attention of the surging totalitarians.  On that score, anyway.