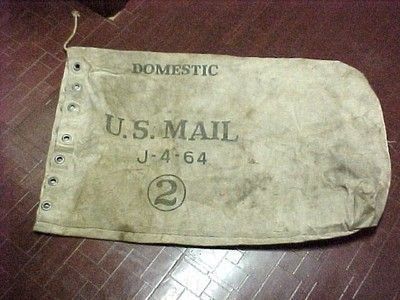 From The Derbyshire Email Bag: Fighting For Your Country, Fancy Asians, And Catholics On The Court

Fighting for your country. In the July 13th Radio Derb I mentioned a recent David Goldman column.

As David Goldman points out over at Asia Times, there's not much point spending a ton of money on defense if your people aren't willing to fight, and NATO's people mostly aren't.

David shows results of a recent poll on the question: "Are you willing to fight for your country?" Just eighteen percent of Germans said "Yes." In the Netherlands the figure was fourteen percent, which is practically a lunatic fringe. For Britain, 27 percent; France, 29 percent.

For Finland, bless 'em, it was 74 percent. Quote from David: "One wonders what would happen if Finland were to invade the Netherlands." Perhaps they should give it a try. The figure for the U.S.A., in case you're wondering, was 44 percent.

Several listeners were curious about that poll. Well, the original is here. It's not actually that recent, from 2014. It should also, as several bloggers have pointed out, be taken with a degree of skepticism. "Fight for your country" can be understood a number of ways. If the question was more specific, I'm sure you'd get quite different percentages, for, e.g.

Even after making all allowances, though, David's point still stands. We, the U.S. taxpayer, are shelling out billions every year to defend foreigners who are not much interested in defending themselves.

Japan, meanwhile, as reported here last month, is opening the door a crack to more foreign workers. The Economist ran a story about this last week, noting that, quote: "Pressure from business lies behind the change in attitudes." No kidding.

The Japanese businessfolk are particularly interested in taking more low-skilled workers, The Economist tells us. Quote: "The number of these has been rising fast. Almost a third of foreign workers are Chinese; Vietnamese and Nepalese are quickly growing in number."

Chinese, Vietnamese, and Nepalese, huh? Why no Sun People? No Somalis, Guatemalans, or Haitians? Get with the program, Japan; bring in some real diversity.

A listener reminds me of the Old Asia Hands' distinction between fancy Asians and jungle Asians.

So the Japanese, by The Economist's report, are only opening their door to other Asians, fancy and jungle varieties both.

Eh, maybe. Having knocked around Asia considerably myself, I've not often found the fancy/jungle distinction very relevant. There have been times, to be sure: among the hill people of Laos, for example (definitely jungly), or as a guest in the student dormitories at Beijing University (fancy — BU is China's Ivy League).

There's been a lot of mixing-up, though. The Southeast Asian "jungle" countries all have big overseas-Chinese minorities, including fancy North Chinese. (Living in Thailand 46 years ago and trying to learn some of the language, I was amused to hear native Thais refer to their overseas-Chinese neighbors as "white.")

Conversely, the Chinese population itself has a jungly component, especially in the south. Cantonese people, for example, when in a literary mood, call themselves "Yut" (粵), after the peoples — likely of a jungle-Asian type — who inhabited their region before it was incorporated into the Chinese Empire 2,000-plus years ago. Of course, after all these centuries of national unification, plenty of southern jungliness has percolated up to the north, and vice versa.

Author (World on Fire, Battle Hymn of the Tiger Mother) and Yale Law School professor Amy Chua personifies the contradictions. By looks and résumé you'd have to say fancy Asian, without a doubt. Prof. Chua's parents come from the Philippines, though; and their ancestors were Hokkien from South China.  The Hokkien speak a language as distinct as Cantonese, and their remote ancestry probably has just as large a jungly component.

The Judeo-Papist Supreme Court. Brett Kavanaugh, our President's nominee for the vacant seat on the U.S. Supreme Court, is a Roman Catholic, like retiring justice Anthony Kennedy. So if he is approved, the Court will continue to be composed of three Jews, five Roman Catholics, and one Episcopalian.

I wondered aloud about this.

Surely I can say though, with no malice at all, that the preponderance of RCs on the Supreme Court is a bit odd, in a nation founded mainly by Protestant gents, where until very recently — well within my memory — the ruling class was designated WASP, the "P" standing for "Protestant," and the election of a Roman Catholic President was considered a noteworthy social advance.

I've never seen a satisfactory explanation of it. The Jews one can understand: They're smarter than the rest of us. I don't know of any evidence that RCs have higher mean IQ than Protestants, though, and it doesn't seem very likely.

Several listeners offered explanations. I thought this one the most plausible (slightly edited):

I would point out that it is Roman Catholicism as well as Judaism, the two religious traditions predominant on the Supreme Court, who've historically maintained casuistry ["the resolution of particular moral dilemmas, esp those arising from conflicting general moral rules, by careful distinction of the cases to which these rules apply" -- Collins Dictionary] in a prominent place in their theological ethics and teaching. This is best known among Catholics with the Jesuits, though it’s not exclusively their domain, and Jesuit practices and education have reached out into the wider Roman Catholic world. Among the Jews, case-based argumentation and reasoning is the basis of halacha.

It's merely a matter of historical coincidence that the core idea of Anglo-American common law, the development of rules from analysis of the outcomes of specific past cases and their application to novel present cases, mirrors the case-based ethical reasoning common in Judaism and Catholicism.

This listener also reminded me that Neil Gorsuch, the one Protestant on the Supreme Court, was raised a Roman Catholic and educated at parochial schools.