Eric Zemmour, an Algerian Jew who considers himself a patriotic, and thus immigration-restrictionist, Frenchman, has declared for President of France. His speech is here:

Eric Zemmour gave a speech today announcing his candidacy for President of France. It is an excellent speech, and not very long. I spent some time this afternoon translating it, and now I share it with you.

I take full responsibility for any mistakes and welcome correction.

Scott Greer describes his speech as "incredibly based."

In the meantime, the Times of London reports what might, in the Anglo-Saxon world, be considered a scandal:

A prominent French politician is starting a second family with his lovely young mistress. No doubt, a scandal of this nature has never ever happened before in the history of France. https://t.co/25bNtg35TO

It's notorious that when Francois Mitterand was buried, both his families attended the funeral.

If Giscard D'Estaing's mistresses had attended his funeral, they would have crowded out many of the official mourners.

One Tweeter pointed this out:

Zemmour himself years ago said the only faithful husband French leader was Louis XVI and look how that turned out.

That was the French Revolution, not a good thing at all. 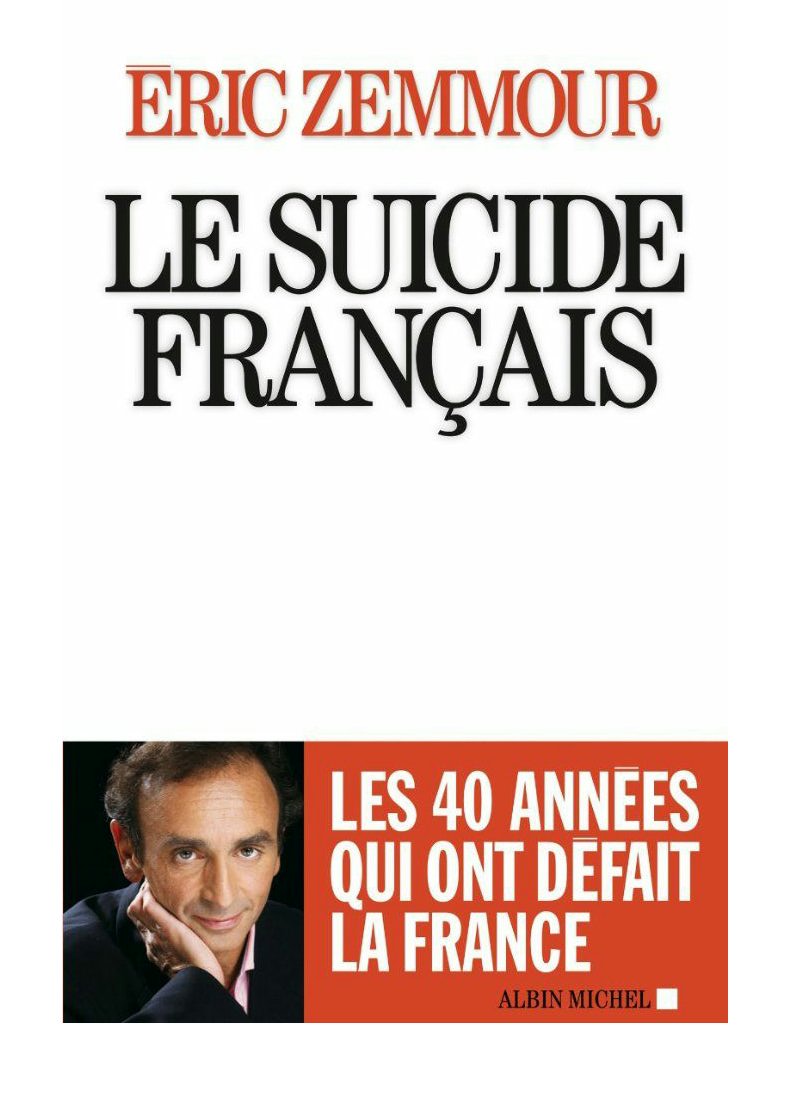 Zemmour is an unlikely hero for the French nationalist right. The son of Berber Jews from Algeria, he is 63 years old and has never held public office. But he has enjoyed a long career in journalism and has been a familiar fixture on French television since 2003. In 2014 his book The French Suicide became a bestseller. It provides a handy overview of France’s political blunders since the 1970s with a focus on immigration and the new laws against “ethnic incitement” which make it dangerous to criticize. He has himself been prosecuted under such laws several times and convicted once [French journalist convicted on racism charge over drug dealer comment, by Angelique Chrisafis, Guardian, February 18,  2011].

Zemmour considers himself a Gaullist, i.e., part of the mainstream right, but particularly since publication of The French Suicide, he has usually been described as “far right.” In France as in the rest of Europe, this term refers to all who wish to see substantial cuts in extra-European immigration, regardless of their views on any other issue. The Respectable Right actively or passively supports the Great Replacement, or at best grumbles and proposes ineffective measures. It collaborates with the dominant Left in maintaining a cordon sanitaire against the so-called far right. This split has, unsurprisingly, rendered the French right largely ineffective.

Zemmour’s design is to tear down the cordon sanitaire. A journalistic colleague once described him as having “a very clear ambition, which is to erase the divide between the republican right and the far-right under the banner of the far-right.” Zemmour responded: “You have understood me very well” [The Right-Wing Pundit ‘Hashtag Triggering’ France, by Elisabeth Zerofsky, New York Times, February 6, 2019]. This may turn out a far more effective strategy than Marine Le Pen’s ongoing efforts to make the National Rally (formerly the National Front) appear ever tamer and more inoffensive.

Zemmour has described immigration as a “demographic tsunami,” and supports a proposed law to require genetic tests in order to qualify for family reunification. He has described antiracist ideology as the successor of a now discredited communism, and charged that former Pres. François Mitterand embraced it in the 1980s to distract his socialist base from his turn toward economic liberalism.

One thing about Zemmour's alleged "scandal"—if it's true, he's fighting the demographic battle agains the many, many, Muslims having babies named Mohammed in France.