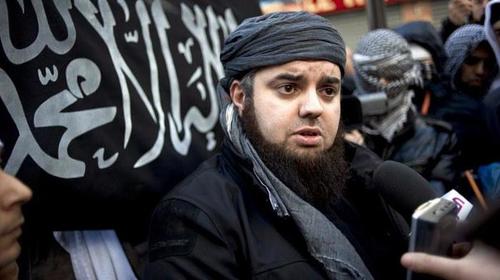 Members of a French group that said it was formed to combat Islamophobia went on trial in Paris on Monday accused of plotting terrorist attacks.

The group was formed in 2010, gaining attention for organising protests against the government's decision to ban veils in public.

It was disbanded two years later by the government, which described it as a "private militia".

After it was disbanded, the group put a message on its website demanding that French forces leave all Muslim-majority countries.

"If our demands are ignored, we will consider the government to be at war against Muslims," the message said.

Achamlane told the court on Monday that he was only calling for the "legitimate defence" of his community, adding "I am not racist, I am not an anti-Semite."

But prosecutors have put forward evidence including a list of "targets" that highlighted Jewish shops in the Paris region.

Achamlane also tried to explain why he had released videos of himself giving inflammatory speeches with Kalashnikov rifles in the background, and using phrases such as "By all-powerful Allah, we will put scars on France."

"We wanted to make a provocative video with a wall of Kalashnikovs and my bearded head to redress the balance," he said, specifying that he felt Muslims were "excluded" from French society.

What is incredible about these kinds of groups is that all they have to do is not commit to violent extremism and they can receive an almost infinite list of goodies from various governments and NGO's as professional hate-fighters. Think of the tens of thousands, if not hundreds of thousands of American activists who essentially don't have to work for a living, but simply scan the headlines for things to be offended by.

And yet this keeps happening. Recall in February, Sweden's resident expert on "Islamophobia" embarrassed everyone by running off to join the Islamic State. Obviously, this wouldn't have happened if we had implemented more sensitivity programs.

"There is no radical or moderate Islam," [the leader of the group] added. "There is only authentic Islam."

Yes. And that's the problem.