Member of the Dutch Parliament Geert Wilders (pictured) remains the rare elected official to speak out about the threat from Muslim immigration. He has paid a high price for his courage: not only does he need 24/7 security because of serious Islamic death threats, but he has also undergone two trials for hate speech in the Netherlands.

Wilders’ common-sense approach is that national security begins with keeping enemies out of your country. (Curiously, in our dangerous but politically correct world, that idea is considered controversial in some quarters, like the open borders bunch.)

The Wilders’ top-ten national security list includes ending diverse immigration from Islamic nations and encouraging “voluntary repatriation” of those already in the Netherlands. (Would candidate Mitt Romney have escaped criticism if he had used that phrase rather than “self-deportation”?)

Wilders focuses on specifics for the Netherlands, but the sensible recommendations would be a good program for all Western nations, many of which erroneously believe they can have both national security and liberal immigration.

The Terrorists Are Among Us, GatestoneInstitute.org, by Geert Wilders, June 30, 2014

Ten concrete measures to prevent Islamic terrorism in the Netherlands.

In several Western countries, the authorities are concerned about the security risk posed by young Muslim immigrants who went to Syria and Iraq to wage jihad and are now returning home. They are considered the most serious security risk in decades.

The risk is not just theoretical. Indeed, on May 24, Mehdi Nemmouche, a young Muslim with a French passport, went on a killing spree with a Kalashnikov assault rifle in the Jewish Museum in Brussels. He killed four people. Nemmouche had previously been in Syria, where he was trained in guerrilla warfare.

During the past three years, thousands of young Islamic immigrants from all Western countries, Europe, Australia, America and even Russia, have gone to fight in Syria, where they have committed the most horrible atrocities. Some of them were killed in action, while others have since returned home. They carry Western passports but they hate the West. They walk our streets as ticking time bombs, eager to cause as much havoc in our cities as they have caused in Syria. 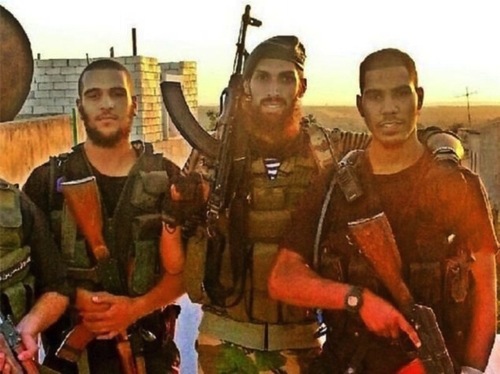 The West cannot just sit idly by and wait for the next terror attack to happen. We must protect ourselves. If we do not, the barbaric scenes that play today in Syria and Iraq will soon be repeated in our countries. Ordinary people are well aware of the urgency of the problem. Last week, I proposed ten concrete measures to prevent Islamic terrorism in the Netherlands. A poll showed that a large majority of the Dutch support the plan.

The first measure I proposed was (1) automatically to strip immigrants with dual nationalities of their Dutch passports if they leave our country to fight for Islam in Syria. This way, they will not be allowed back into our country. Britain already uses such legislation. Last December, the British authorities stripped 20 people with dual nationality of their British nationality because they had traveled to Syria to fight. As Theresa May, the British Home Secretary, rightly declared: “Citizenship is a privilege, not a right.”

I also proposed (2) the immediate administrative detention of those fighters who have already returned, as well as (3) the reintroduction of border controls and (4) a halt to immigration of people from Islamic countries. International treaties prohibiting these measures should either be modified or terminated.

Another measure is (5) the encouragement of voluntary repatriation of people originating from Islamic countries. A survey shows that 73% of Dutch Muslims regard fighters in Syria as heroes. Such attitudes do not belong in the Netherlands. We should also (6) deal severely with the supporters of the fighters in Syria. Mosques, Islamic schools and other organizations that provide financial or other support to those who go to fight in Syria must be closed down immediately.

And we should (7) spend more money on security. Money that is currently being wasted on development aid would better be spent on the AIVD (the Dutch General Intelligence and Security Service).

Finally, there are three measures with an international rather than a domestic impact. We should (8) stop Dutch military intervention in the Islamic world and focus on the protection of the Netherlands. We should (9) support Israel and stimulate economic relations with the Jewish state. Israel is the front line in the fight against jihad. If Israel falls, the West falls. And (10) we should break diplomatic relations with countries, such as Saudi Arabia and Qatar, that support terrorist groups such as ISIS

The proposals were well received by the public. An opinion poll this week showed that 82 per cent of the Dutch believe that jihadists returning from Syria and Iraq increase the risk of an attack in the Netherlands. 76 per cent favor stripping jihadists of their Dutch nationality, 67 per cent want to introduce border controls to prevent them from returning, and 75 per cent want additional manpower for the AIVD. 65 per cent of all Dutch believe that Islamic culture does not belong in the Netherlands. Even a majority of the voters of Labour and the far-left Socialist Party share this opinion.

There is an acute awareness among the Dutch that in order to have a safer Netherlands we need to exclude jihadists from our society. We have become so indoctrinated with political correctness that we might consider this as wonderful and surprising news, although it is just plain common sense. Those who travel abroad to kill people for the sake of Islam should not be allowed to walk our streets again.

Geert Wilders MP is a member of the Dutch parliament and leader of the Party for Freedom (PVV). He is the author of Marked for Death: Islam’s War against the West and Me (Regnery).