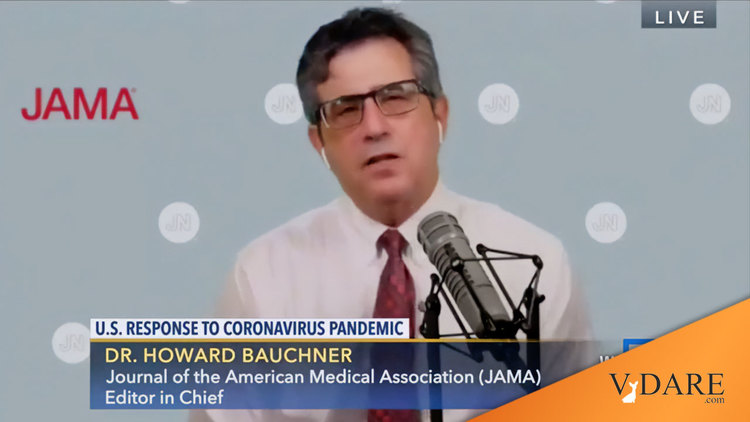 The top editor of JAMA, the influential medical journal, stepped down on Tuesday amid a controversy over comments about racism made by a colleague on a journal podcast. But critics saw in the incident something more pernicious than a single misstep: a blindness to structural racism and the ways in which discrimination became embedded in medicine over generations.

The New England Journal of Medicine rarely addressed racism until the arrival of Dr. Eric Rubin, its current top editor, in 2019. The British Medical Journal and The Lancet, both based in Europe, published more studies on the topic, while the American Journal of Public Health published the most.

At many medical journals, “a lack of scholarship” leads to an approach to health care disparities that skirts any discussion of racism, said Dr. Stella Safo, a Black primary care physician at the Icahn School of Medicine at Mount Sinai in New York.

“Let’s have more editors that have this background, and know how to talk about race and racism responsibly,” she said.

Medical journals like JAMA favor studies linking race or racial inequities to socioeconomic or biological factors, she and other critics said. Less often do their editors, mostly white and male, accept papers that explore how systemic racism shapes the health care experiences of Black and brown people, they said.

JAMA’s reckoning came after Dr. Edward Livingston, an editor in a podcast discussion, suggested “taking racism out of the conversation” about societal inequities and said that “structural racism is an unfortunate term to describe a very real problem.” Communities of color were held back not by racism, he said, but by socioeconomic factors and a lack of opportunity.

Dr. Livingston is white, and the conversation did not include any scientists of color. A tweet promoting the podcast claimed that “no physician is racist,” and was later deleted.

The ensuing uproar prompted Dr. Livingston to resign. The American Medical Association, which oversees the journal, began an investigation. …

“I remain profoundly disappointed in myself for the lapses that led to the publishing of the tweet and podcast,” Dr. Howard Bauchner, JAMA’s top editor, said in a statement announcing his departure. “Although I did not write or even see the tweet, or create the podcast, as editor in chief, I am ultimately responsible for them.”

As America becomes more sensitive to African ways of thinking, we are phasing out tired Eurocentric modes of thought such as the scientific method in favor of vibrant new ways of explaining unfortunate outcomes, such as Systemic Racism and/or Bad Juju.