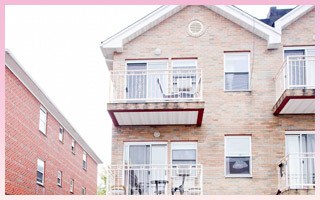 Someone at NBC New York did not read to the end of the PC memo and has supplied an excellent addition to the Birth Tourism story collection, to add to the Marmara Hotel and recent San Gabriel California examples. Lure of Citizenship Spawns "Birth Tourism" in NYC By Pei-Sze Cheng posted Tuesday, May 3, 2011 (which has a good video clip I cannot import onto the site) reports on a

...a maternity center in Flushing, Queens called Cupid's House — a center that caters to so-called birth tourists — women who travel to America to give birth and leave with their American babies. "Many of them want American citizenship for their children," said Anna, the owner of Cupid's House. While she advertises on her website, USANYBABY.com, and in Chinese papers, she realizes how controversial her business has become... "My clients get their own visas and as long as they can be here in the country legally, I let them reserve a room," she said. "Then we arrange a doctor for them, at a clinic that we partner with, and we also help them register at local hospitals. Because the women do not have insurance, they usually pay their doctors and the hospital in cash."

USANYBABY.com features a pregnant young Chinese woman and a cute little blonde girl. Memo to USANYBABY: that is a turnoff to the Treason Lobby! The story goes on to say that

"...immigration attorney Emre Ozgu...who is Turkish American...says wealthy families in Turkey have been birthing children in America for at least the past five years.

Ozgu's view is that these people pay cash, so there are no grounds for complaint. Disagree with Emre Ozgu.

The only drawback to the piece is the choice of contra talking head:

"It cheapens the value of citizenship, and in the end the parents have no attachment to the U.S.," said Dan Stein of the Federation for American Immigration Reform

FAIR has been conspicuously Missing In Action on this issue - and many others  -for years. (Of course, as the wealthiest purported Immigration Restraint operation, they are very busy counting donations.) A far better choice would have been Roy Beck of NumbersUSA, which has not. VDARE.com of course, is blacklisted. H/T One Old Vet