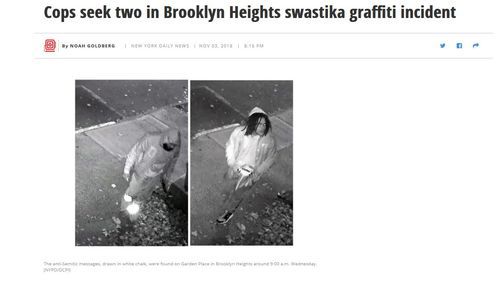 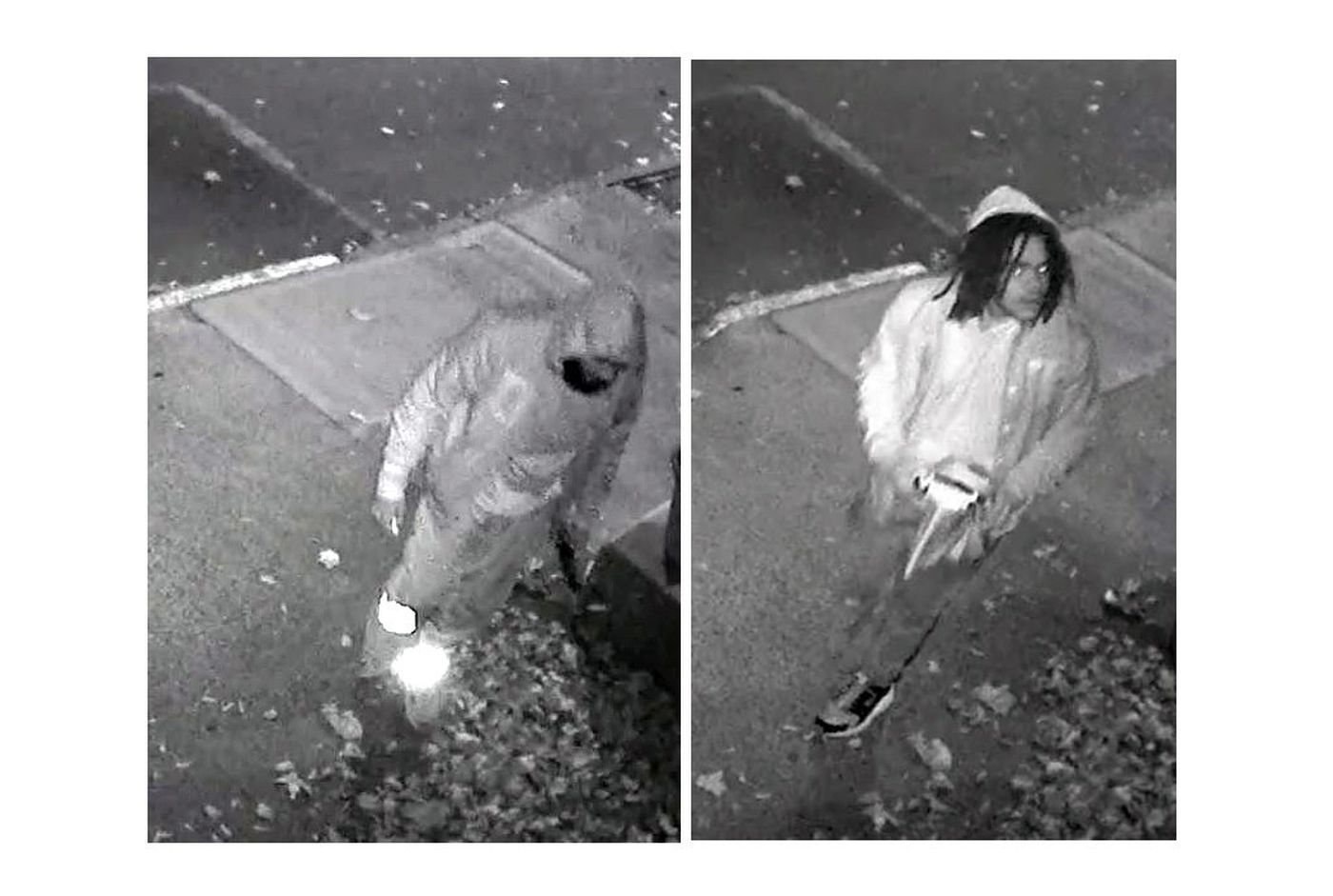 Police want to speak with two persons of interest in a swastika-scrawling incident that occurred on a quiet street in Brooklyn.

The anti-Semitic messages, drawn in white chalk, were found on Garden Place in Brooklyn Heights around 9:30 p.m. Wednesday.

Police released photos Saturday of two men taken at the scene of the incident. One man had something small and white in his hand, though police could not confirm if it was the chalk used to draw the swastikas.

… Reports of anti-Semitic graffiti around the city have spiked in the last month, cops said.