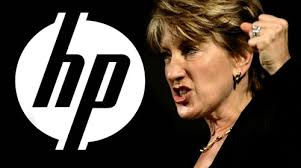 As I noted in Fiorina’s HP Outsourcing Record Cost GOP CA Senate Race In 2010.Why Do This Again? Carly Fiorina’s behavior as CEO of Hewlett Packard enabled the Democrats to fashion a series of devastating TV spots. These asserted (accurately) that she laid off 30,000 workers while engaging in unseemly personal enrichment.

In short, her Hewlett Packard record is 100 Proof political poison. Comparatively, Mitt Romney’s business record political liabilities of which the Democrats made so much is like a sip of beer.

But a CEO could theoretically make himself politically lethal while doing a good job for his shareholders. Did Fiorina?

NO! , according to Yale professor on Carly Fiorina's business record: She 'destroyed half the wealth of her investors yet still earned almost $100 million' by Julie Bort Business Insider September 16 2015.

…her biggest business achievement, CEO of Hewlett-Packard, is widely regarded as a disaster.

She has been frequently called out as one of the "worst" CEOs.

In an article about worst CEOs in USA Today in 2005, Yale business Professor Jeffrey Sonnenfeld said that Fiorina was "the worst because of her ruthless attack on the essence of this great company. ... She destroyed half the wealth of her investors and yet still earned almost $100 million in total payments for this destructive reign of terror."

…reached out to Sonnenfeld, who is still at Yale — he's a senior associate dean — who told us he stands by his opinion.

"Yes — I stand by what I said," he said….Sonnenfeld also told us that, while Fiorina was at HP, "virtually everything she bought ... has been shuttered or divested." He pointed out — emphasis his — that "She has NEVER been offered another CEO position in the decade since."

I think this last point is very telling. Meg Whitman, her equally disastrous 2010 California election colleague who was the GOP’s gubernatorial candidate, and who had been CEO of eBay until 2007, went back to being a big league CEO (of Hewlett Packard!) in 2011.

Fiorina in contrast scurried about fetching and carrying for The GOP Establishment in a manner which inspired my headline Devastating Daniel Horowitz Critique Of Carly Fiorina, Cheap Labor Lobby Waitress

Note that the key criticism of Fiorina’s HP tenure turns on bad acquisitions, notably of Compaq, not on her brutal outsourcing.

So it appears that Fiorina was like one of those WW1 Generals who happily shed much blood, but lost the battles because of weak strategy. Donald Trump’s buildings, on the other hand, have yet to fall down.

Barbara Boxer’s Campaign helpfully supplied a 2minute 16 second  video with details on Fiorina’s poor executive performance at HP. Republicans should definitely watch it. If Fiorina gets nominated, they will be seeing a lot of this sort of thing.

Why would the GOP want to get onto a fatally-holed ship like this?