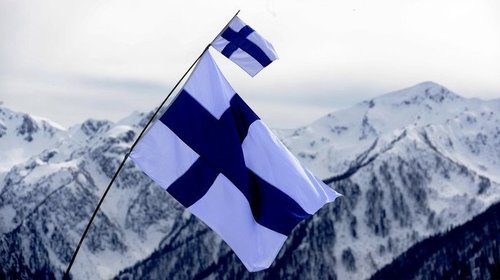 The Finns Party, which gained ground in the most recent elections, has thrown the Nordic nation into turmoil after one of its MP's openly denounced multiculturalism.

A Finnish member of parliament has come under fire for a comment he made over the weekend decrying the “nightmare called multiculturalism” and rallying his compatriots to fight for “one true Finnish nation.”

The MP, Olli Immonen, is a member of the populist and nationalist Finns Party, which is part of the country’s governing coalition. In a posting on his Facebook page late Friday night, Immonen said he is “dreaming of a strong, brave nation that will defeat this nightmare called multiculturalism. This ugly bubble that our enemies live in, will soon enough burst into a million little pieces.”

Apparently, this is a Very Bad Thing and the government, including some people in his own party, are not to happy about Immonen's comments.

It took another day until the Finns Party chairman and Foreign Minister Timo Soini commented on the issue. He said to the newspaper Ilta-Sanoma on Monday that the view "did no good to the reputation of the party" but any decision to oust the MP from the caucus would be subject to parliamentary decision.

Prime Minister Juha Sipila wrote in a tweet on Sunday that he wants to develop Finland as "an open and international country that is rich in its languages and culture".

The chairman of the National Coalition Party and Finance Minister Alexander Stubb described multiculturalism as an asset. He said he backs freedom of speech, but does not accept instigation of hatred.

Immonen's comments may have been calucated to force the leader of the party to make a decision about whether to embrace the nationalist wing or the party or try to purge it.

Erkka Railo, a political scientist at the University of Turku, said [True Finns leader and Finnish Foreign Minister] Mr [Timo] Soini had striven to make his party respectable and fit for government, while maintaining its opposition to immigration and multiculturalism...

However, Mr Soini has allowed a hardline wing to remain inside the party, which came second in April’s general election with almost 18 per cent of the vote.

“Immonen is more or less pushing Soini to take a stand and make a decision whether he wants to subscribe to this anti-immigration ideology,” Mr Railo said. “Soini, in contrast, wants desperately not to make this final call. His silence is deafening.”

As European nationalist parties continue to gain in power, they will be forced to confront the same choice. Is it better to be in government and have a chance to "do something?" Or is it better to stay out of government, maintain your credibility, and only enter office totally on your own terms?

The future of Europe may depend on how different parties answer this question.