Today's tragic reminder that illegal immigration is not a victimless crime is the deadly crash that took the lives of Hollywood film director Bob Clark and his son Ariel, 22, early Wednesday. They died in a high-speed collision when struck head-on by an SUV driven by a very drunk Mexican.

Clark is best known for the popular holiday film "A Christmas Story." His most recent film was "SuperBabies: Baby Geniuses 2" in 2004. 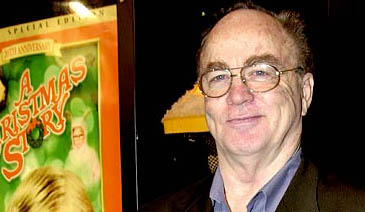 The 24-year-old man suspected of causing the accident that killed film director Bob Clark and his son had a bloodalcohol level three times the legal limit, authorities said Thursday.

Hector Manuel Velazquez-Nava, a native of Mexico who federal authorities said was in the U.S. illegally, faces possible charges of vehicular manslaughter, driving without a license and driving under the influence of alcohol. He suffered minor injuries in the early Wednesday accident on Pacific Coast Highway and is being held at the Van Nuys Jail. Although bail has been set at $100,000, his undocumented status makes him ineligible for release on bond, police said. [Driver drunk in crash that killed director, LA Times 4/6/07]

La Times further reports that Velazquez-Nava had been convicted in 2005 of a "prostitution-related charge" and was sentenced to probation, with no deportation.