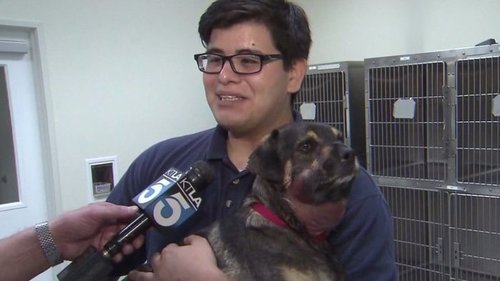 Farooked: Some People Just Aren't Cut Out for a Life of International Intrigue

Enrique Marquez is the Inland Empire Walmart employee who, under the influence of his neighbor Syed Rizwan Farook, converted to Islam, bought Farook rifles to carry out terrorist attacks on the local community college that they planned together, and for $200/month sham-married Farook’s sister-in-law’s Russian sister so she could live in America with her boyfriend and anchor baby, while Marquez lived with his parents and had to share a room with his brother. He’s been confessing to the FBI pretty much nonstop ever since the Farooks went off, and now the Bureau has posted the criminal complaint against him.

Reading it, it’s evident that some people just aren’t cut out for a life of international intrigue. For example, Marquez seems to have had a thing for his hot Russian blonde fake wife. In a new report, the FBI summarized one texting session with the fake wife “M.C.:”

M.C. states that she is at “home” and MARQUEZ asks if he can come over. MARQUEZ states that he is “just a little anxious and want to talk more about the Interview.” M.C. responds, “Omg!! Enrique I’m the one freaking out here!!! Relax I’ll see u Monday and we’ll talk.” The conversation continues and M.C. states that he should “relax” and states “[i]f they decline me its my problem not yours.” MARQUEZ states that he had a list of questions he thought might be asked at the interview and continues, “[t]he only reason why we’re anxious is because we haven’t hung out that much.”

The fake couple appear to have had differing opinions on whether not hanging out much was a feature or a bug of their nonrelationship.

… MARQUEZ also communicates with another person about the interview, and states that if they don not pass, M.C. will get deported and he will face “fines and imprisonment for fraud.”

Poor Enrique not only had premonitions that all the madness would end badly for him, but he couldn’t even get his Facebook friends to realize he wasn’t speaking metaphorically, with them responding to his confessions with condescending “In a way, aren’t we all …” platitudes. A month before Mr. and Mrs. Farook went all jihad in San Bernardino, Marquez got into a Facebook discussion:

[MARQUEZ]: No one really know knows me. I lead multiple lives and I’m wondering when its all going to collapse on M[e]

I like the response, “I think everyone leads multiple lives.” What movie or TV show did that “In a way, don’t we all …” trope come from where the main character can’t get anybody to realize he’s telling the ridiculous truth? It’s like an anti-Being There. It’s kind of an El Guapo Speech, but a little different.

The FBI report is reminiscent of the 2010 British comedy movie Four Lions about some Anglo-Pakistani lumpenproles and one convert, morons all, planning terrorist attacks on “unbelieving Kafir slags.”