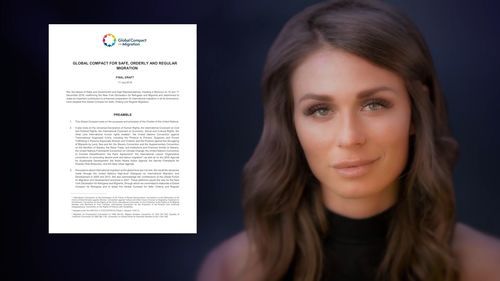 Faith  Goldy's video below about the UN’s Global Compact for Safe, Orderly and Regular Migration [PDF] reports that the United Nations as an institution is insisting that invaders must be allowed in when they show up at your border. (Read the transcript of Faith's video here.)

The really crazy thing about this is that the UN was set up (in San Francisco in 1945) to specifically deal with the problem of one country invading another, as happened to Poland, France, China, Greece, and others.

The UN voted in 1950 to send soldiers to Korea because North Korea invaded South Korea. Now they're insisting that invasion is a human right.