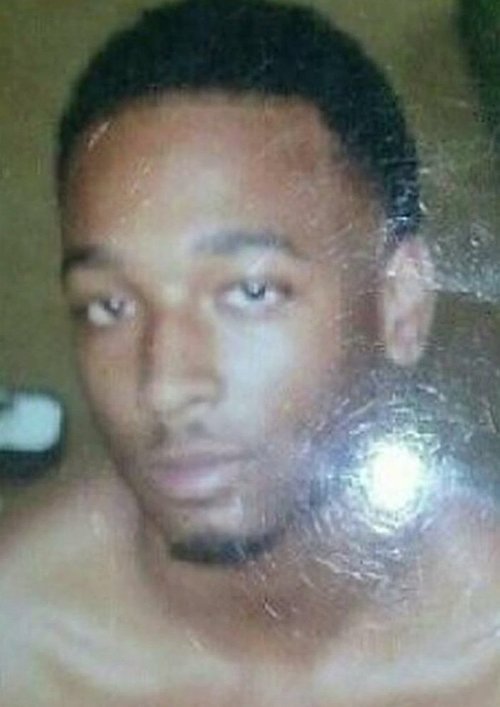 I saw this report on Twitter, from Ben Shapiro,  author of The People Vs. Barack Obama

Officer names in the Ezell Ford shooting released. One Asian, one Hispanic. HuffPo ignores that info. LA Times buries it in paragraph 13.

After the officers fired their handguns at the individual, they were able to handcuff him and call for a rescue ambulance. Los Angeles Fire Department paramedics arrived and transported the individual to the hospital where he was later pronounced dead. LAPD News Release, Wednesday, August 13, 2014

So according to that, Ford, was, as is common in these cases, not actually unarmed. He had his hands on a gun, even if he didn't own it—it was the officer's gun and he was trying to draw it from the officer's holster.

Unfortunately for Ford, the officer had a spare gun, a common, recognized practice in a world where guns sometimes malfunction, and  criminals try to grab police guns all the time.

The names of the officers have now been released—they are Police Officer III Sharlton Wampler and Police Officer II Antonio Villegas, "both assigned to the Newton Area Gang Enforcement Detail."

I imagine that Sharlton Wampler is the Asian.

Shapiro has a point—you never hear that a black shot, robbed, or raped a white in the headline of an MSM story, you always hear that a white police officer shot an "unarmed" black.

But it doesn't matter to black rioters. They hate Asians, and burned down Korean stores in Los Angeles in the Rodney King riots. They aren't fond of Hispanics, either. The Overtown Riots were started when Luis Alvarez shot a black man who was trying to draw a gun.

John Derbyshire wrote in National Review in a 2002 article about Cornel West vs. Larry Summers over "African-American Studies":

"One thing I have learned, I think, in fifteen years in the U.S.A. is that there are actually only two races here: black, and nonblack. All issues to do with race, including the Harvard one, are about this. Sure, I know people raise the "race" issue in other contexts — as a matter of fact, Larry Summers's next order of business, after putting out the Af-Am fire, is to deal with a group clamoring for a "Latino Studies" department. Yeah, yeah, but this is a bagatelle, and other "race" issues that don't involve blacks — the Wen Ho Lee case, for example — have a similarly forced, derivative quality to them and soon fade from the public consciousness. When Americans discuss race, they are talking about blacks and nonblacks." [Af-Am Nonsense, January 11th, 2002]

That's how blacks think—they don't care if the policeman wasn't white, they just think he's not One Of Them, and therefore the enemy.