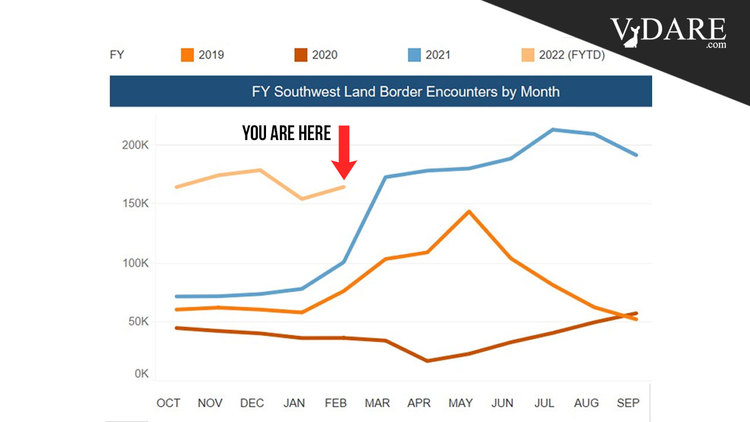 Even Without Lifting Title 42 Expulsions, The Border Is Still Under Siege

It’s almost hard to know which of these is not just more disturbing, but downright terrifying: the 18,000 illegal aliens who will surge across the southwest border every day when President Brandon lifts the implementation of Title 42, or, by comparison, the 7,000 crossing every day now.

The morning of April 5, the Rio Grande City border squad caught 120 illegals in one group. Fifty were supposedly family members, while 36 were “unaccompanied children” and 34 were single adults. They came from Peru, Cuba, Nicaragua and the Northern Triangle: Guatemala, Honduras, and El Salvador.

Night before, agents ran into a group of 155 illegals: 52 were “family members,” 17 were “unaccompanied children,” and 86 were single adults. They came from Cuba, Venezuela, and Central America.

During the weekend, agents collared four large groups that totaled 527. Countries of origin: Cuba, Mexico, Ecuador, Nicaragua, and the Northern Triangle. As is increasingly common, one or more were from Europe, in this case, Romania.

Agents in the Rio Grande Valley Border Sector have apprehended more than 20 large groups this fiscal year. Large groups are defined as those exceeding 100 illegals.

Here is a tweet on April 4 from Border Patrol Chief Raul Ortiz:

That is a 579% increase over the same time last year. @FoxNews

Again, each day in March, border agents dealt with 7,000 illegals every day.

Using that rough figure because border data for March are as yet unpublished, we can predict a monthly total of illegals of about 217,000.

Added to the illegals apprehended thus far, fiscal 2022’s total is more than 1 million, just six months into the year.

Since February 2021 then, Biden’s first full month in office, agents have dealt with 2.44 million illegals. Extrapolating from there is mind boggling: 3.5 million by the close of fiscal 2022 on September 30.

And now he wants to stop Title 42 expulsions. 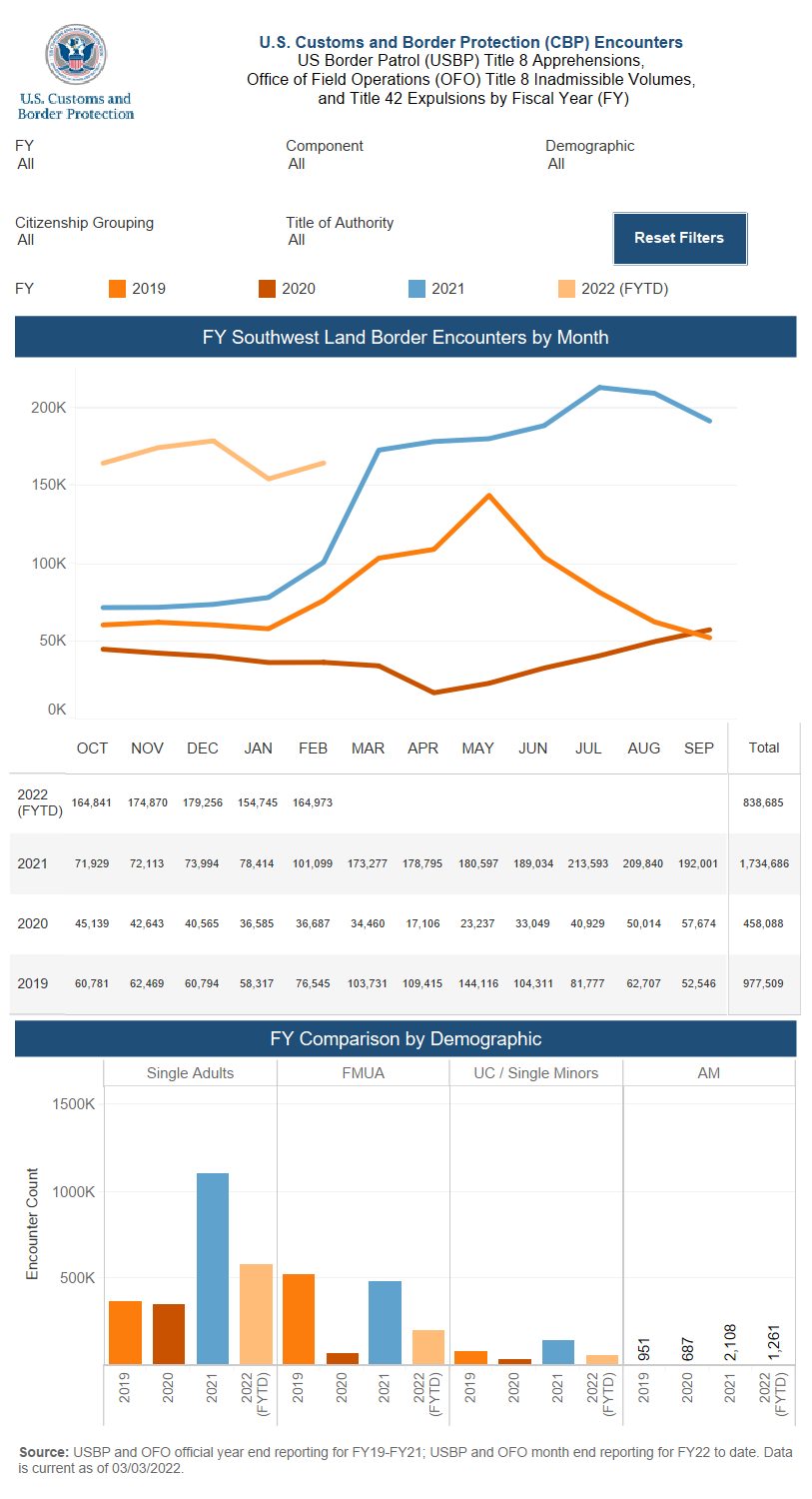