Early Voting At The N.Y. Metropolitan Museum Of Art: "Americans" Can Vote In Many Languages, With No ID Required

A friend in New York sends a picture of VOTE NYC election workers at the Metropolitan Museum voting station, who seem well protected from COVID, but unprotected from election fraud.

He noted: ”Address requested but no ID.” 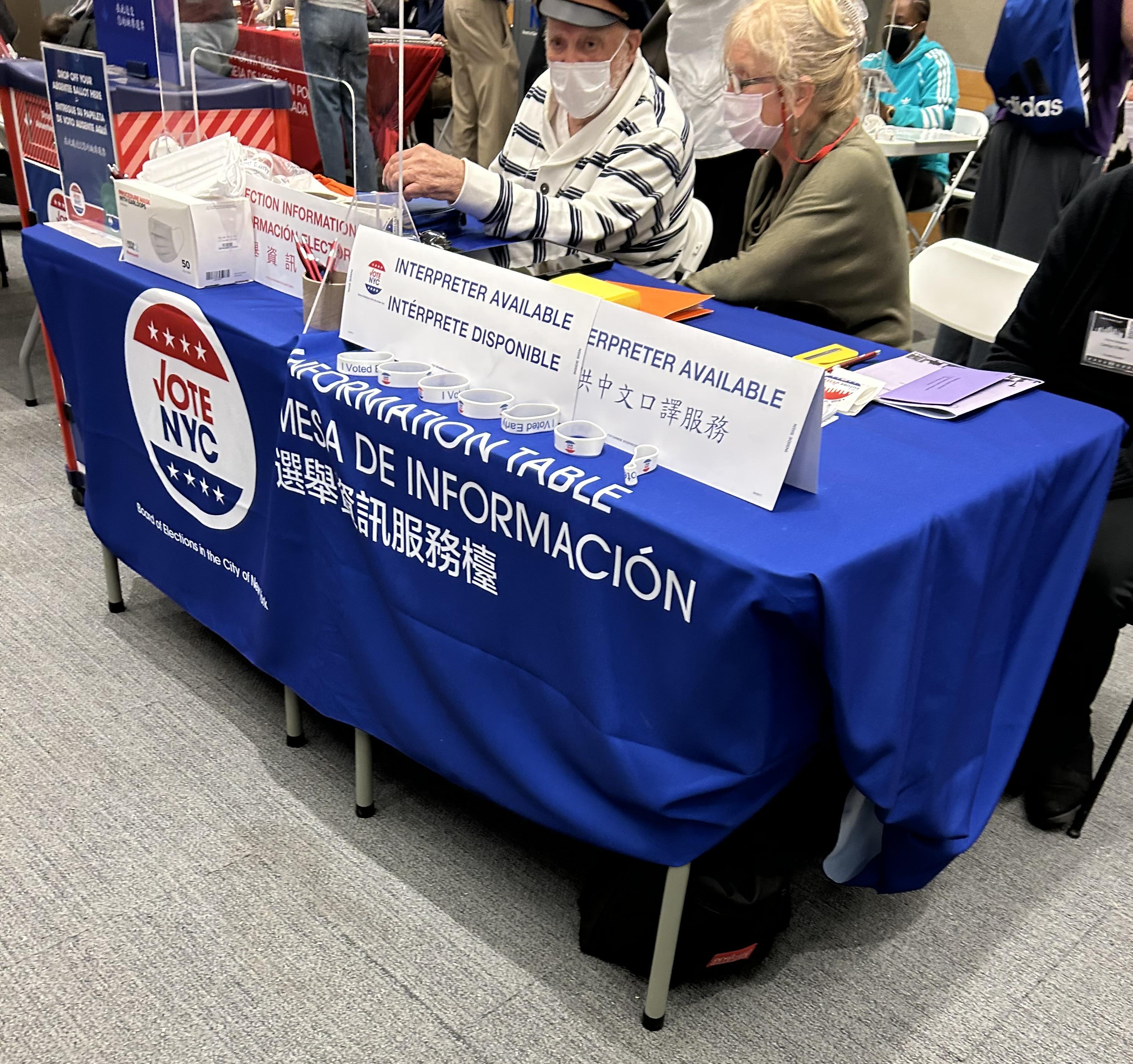 I also note that the voting materials are addressed to people, presumably Americans, who don’t really speak English. I see two Oriental languages, Spanish, and for some reason (”interprète disponible”) French.

Federale has explained that there’s an

ill-advised waiver available to certain aliens to the written exam.  Basically, aliens can claim a disability to be either excused the exam or have the exam in other than English.

Current USCIS policy is to accept any claim, no matter how specious,  put forward by an alien and their physician who ”certifies” the disability.  There is widespread corruption, with many physicians and other pseudo-medical professionals, such as nurses and non-certified mental-health workers allowed to sign certifications of inability to either take the exam or inability to learn English.

There’s also the exception for immigrants who have lived in the U.S. for years, but never bothered (or been able) to learn English, possibly because they live in non-English-speaking enclaves (barrios, Chinatown, Little Mogadishu, etc.).

You are exempt from the English language requirement, but are still required to take the civics test if you are:

So are all the foreign-language voters in NYC naturalized American citizens? I don’t know, and it’s possible they don’t know either. What I do know is that no one in New York is asking.