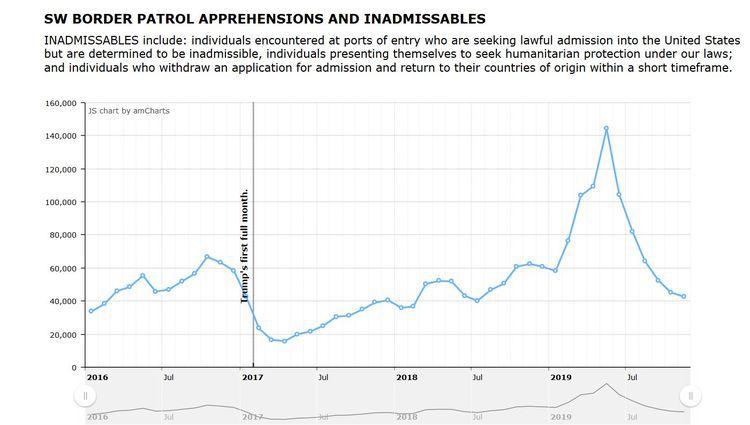 Drop In Border Crossings Shows That For Now, Mexico IS The Wall

The numbers  from the Border Patrol Southwest Border apprehensions show a significant drop in illegal alien traffic. One possible cause for this: Trump's deal with Mexico, in which Mexico, faced with Trump's threat of tariffs, forced to Mexico to do something about the Central Americans passing through its territory on the way to the United States.

AMLO has created an entire border enforcement force called the "National Guard" to help with this, to bitter complaints from people like Jorge G. Castañeda, who wrote in the New York Times in March that

Mr. López Obrador is doing Donald Trump’s dirty work with Central Americans by using Mexico as a third country to host those seeking asylum in the United States.

The best thing about having AMLO do this is that it can't be stopped by American Kritarchs—Mexico is a sovereign nation, and can't have its border control arrangements overruled by some random judge in Hawaii or San Diego.

While it would be nice to have an actual wall, for the moment, Mexico is the wall.