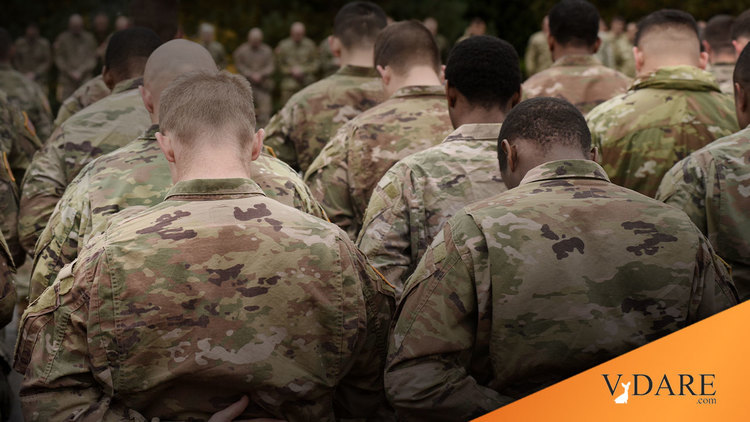 DREAM Act Amnesty in Return for Military Service Is Unwise

Not all illegal aliens are gangsters, but some are, which makes the DREAM Act freebie for illegals who serve in the military a bad idea.

For illegal alien gangbangers, a DREAM Act amnesty via the military would be a twofer. First, they get legal residence, which means more ease of navigating American society, and eventual citizenship. Second, they get military training about how to be a more effective killer, a desirable job skill for Mexican and other gangsters.

The Pentagon supports the DREAM Act because it “could boost ranks.” It’s likely the top brass believe they can sort out or reform any bad guys among the troops. However the case of the Fort Hood shooter Nidal Hasan, who murdered thirteen and wounded dozens of others, indicates otherwise.

Officers above Hasan had gotten warnings that he was dangerous, but chose to ignore them out of cowering political correctness, and the Pentagon was similarly clueless in its official report on the case. Even after the Fort Hood attack, the Army’s top officer General George Casey stated, “And as horrific as this tragedy was, if our diversity becomes a casualty, I think that’s worse.”

Even our military has been infected with the false ideology that diversity is the highest good, and is more important than national security.

The growing problem of gangs in the military was highlighted in 2005 when Lance Corporal Andres Raya ambushed and killed a cop in Ceres, California.

The problem hasn’t gone away, according to an article from last summer:

Being in a street gang is now forbidden for members of the U.S. armed forces. But you might not guess that if you were to visit U.S. military bases in Iraq and Afghanistan, according to soldiers who have recently served there.

Jeffrey Stoleson, a Wisconsin corrections official, returned from Iraq in January with photos of gang graffiti on armored vehicles, latrines and buildings. Stoleson, a sergeant with a National Guard unit, was there for nine months to help the Army set up a prison facility outside Baghdad.

“I saw Maniac Latin Disciples graffiti out of Chicago,” Stoleson said, adding that there was a lot of graffiti for Texas and California gangs, as well as Mexican drug cartels.

A Chicago Police officer — who retired from the regular Army and was recently on a tour of Afghanistan in the Army Reserve — said Bagram Air Base was covered with Chicago gang graffiti, everything from the Gangster Disciples’ pitchfork to the Latin Kings’ crown.

“It seems bigger now,” said the officer, who previously served a tour in Iraq, where he also saw gang graffiti.

In addition, see Michelle Malkin’s blog, Gangstas in the Military.