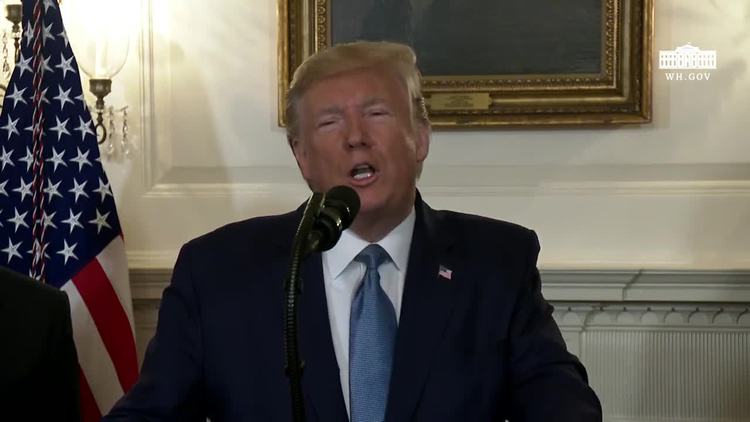 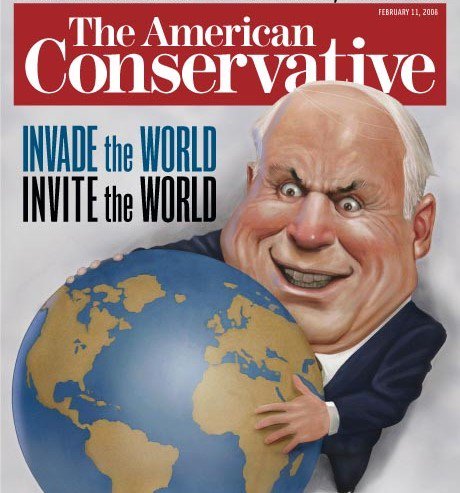 In 2004 Steve Sailer, talking about Bush's combined Iraq War/Amnesty plan wrote a column with the words:

The term "neoconservative" once meant an outstanding social scientist with a realist perspective on race and ethnicity, such as Daniel Patrick Moynihan, James Q. Wilson, Nathan Glazer, or Father Andrew Greeley.

But, through some intellectual version of Gresham's Law, the great neoconservatives of a generation ago have been jostled aside by lesser figures whose outlook can be summed up as:

Since then, "Invade The World/Invite The World" has frequently been used by us and others as shorthand for this kind of thinking. In the 2008 campaign, it made the cover of the American Conservative. Recently, the same sentiments were expressed by Donald Trump.

From the Transcript of Trump's Remarks on Turkey vs. Syria, October 23, 2019

There were some political pundits who responded to Turkey’s offensive in Syria by calling for yet another American military intervention.

I don’t think so. But halting the incursion by military force would have required deploying tens of thousands of American troops against Turkey—a NATO Ally and a country the United States has developed a very good relationship with, including President Erdogan. The same people that I watched and read—giving me and the United States advice—were the people that I have been watching and reading for many years.

They are the ones that got us into the Middle East mess but never had the vision or the courage to get us out. They just talk. How many Americans must die in the Middle East in the midst of these ancient sectarian and tribal conflicts? After all of the precious blood and treasure America has poured into the deserts of the Middle East, I am committed to pursuing a different course—one that leads to victory for America.

Through much work, we have done things that everybody said couldn’t be done. Today’s announcement validates our course of action with Turkey that only a couple of weeks ago were scorned, and now people are saying, "Wow. What a great outcome. Congratulations." It's too early to me to be congratulated, but we've done a good job.

We've saved a lot of lives. Most importantly, we have avoided another costly military intervention that could've led to disastrous, far-reaching consequences. Many thousands of people could've been killed. The last administration said, “Assad must go.” They could've easily produced that outcome, but they didn’t. In fact, they drew a very powerful red line in the sand—you all remember, the red line in the sand—when children were gassed and killed, but then did not honor their commitment as other children died in the same horrible manner.

But I did honor my commitments with 58 Tomahawks. Eight long years after President Obama’s ill-fated push at regime change, U.S. troops are still on the ground in Syria. More than half a million people are dead, hundreds of thousands are terribly injured, and millions more Syrians are displaced. It really is a nightmare of misery.

Across the Middle East, we have seen anguish on a colossal scale. We have spent $8 trillion on wars in the Middle East, never really wanting to win those wars. But after all that money was spent and all of those lives lost, the young men and women gravely wounded—so many—the Middle East is less safe, less stable, and less secure than before these conflicts began.

The same people pushing for these wars are often the ones demanding America open its doors to unlimited migration from war-torn regions, importing the terrorism and the threat of terrorism right to our own shores. But not anymore. My administration understands that immigration security is national security.

Watch him say it below: