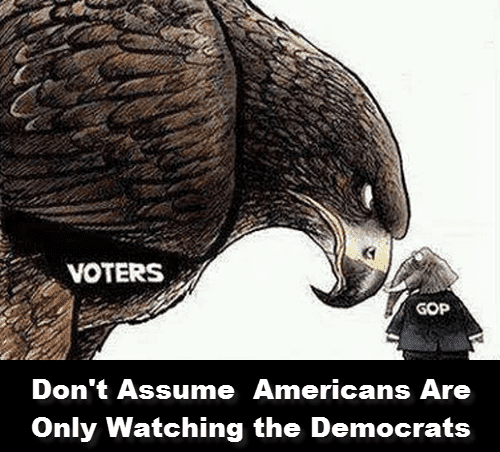 An hilarious and very full account has been published by The Hollywood Reporter Inside Donald Trump's Private Hollywood Event: "Love" for NBC, Pundits "Are Dopes" by Paul Bond 7/10/2015

"Anderson Cooper called wanting another interview because his ratings went up," Trump told attendees. "Every show is 100 percent me," he joked.

"Charles Krauthammer, he hates me ... George Will is a disaster," he said…."Most of them are dopes," he said of TVs political pundits.

Addressing all the companies who have severed ties with him, Trump told stories about ESPN, the PGA and Macy's. He woke up to headlines about ESPN dumping him. "It was for one round of golf at my course. I didn't even know I had a deal with ESPN. I kept the deposit and rented it to someone else."

…Trump said that cutting ties with Macy's hurt because he likes a top executive there. He called the company cowardly, but said it is getting its comeuppance because thousands of consumers are ripping up their Macy's credit cards in solidarity with him and free speech.

Trump had a gracious word for Ann Coulter

He took a few moments during his off-the-cuff presentation to praise Ann Coulter, sitting at a nearby table: "I love her. She's so pretty.

I hope this means he will eventually find the courage to cite her book.

A VDARE.com mole present at the event reports Trump repudiated allegations that his candidacy is not serious by pointing out that he expects to meet all the financial filing requirements: “People will be astonished how much I’m worth.”

Unsurprisingly given the extreme NeoCon nature of the Friends of Abe group (and, to be fair, the viciousness of Hollywood political prejudice)

“…there were very few recognizable celebrities in attendance Friday”

Trump is shaping up as a deadly problem for the GOP Establishment and its owners. He is winning hearts not only because of his immigration stance but because of his style. As Angry White Dude remarked on Thursday in YEAH, I’D VOTE FOR DONALD TRUMP!

Why is Trump rising so rapidly in the polls? Because he is not a wimp. And he hits hard. Ask Univision who cancelled his Miss USA broadcast and found itself on the wrong end of a $500 million Trump lawsuit that apparently is on very solid legal ground…Mess with the Trump bull, get the Trump horn.

The fact that the GOP is looking for ways to keep Trump out of the debates tells me he very well could be the right guy…until somebody can show me another Republican who isn’t afraid to get blood on their political tomahawk, I’m going for Trump!

All in all, we at VDARE.com are proud of the prescience Matthew Richer displayed for us in For Better Or Worse, Donald Trump May Be The Only Immigration Patriot Running For President back in April. He noted

Donald Trump published The America We Deserve fifteen years ago when he first thought of running, and in it he often articulates an unabashedly America First perspective on foreign policy, trade, and immigration…

In his more recent campaign book, Time To Get Tough: Making America #1 Again (2011), Trump advocates a strong pro-enforcement position, which includes building an impenetrable wall at the Mexican border and abolishing Birthright Citizenship.

As Peter Brimelow predicted at the AMREN Conference: "It Would Only Take One Speech”