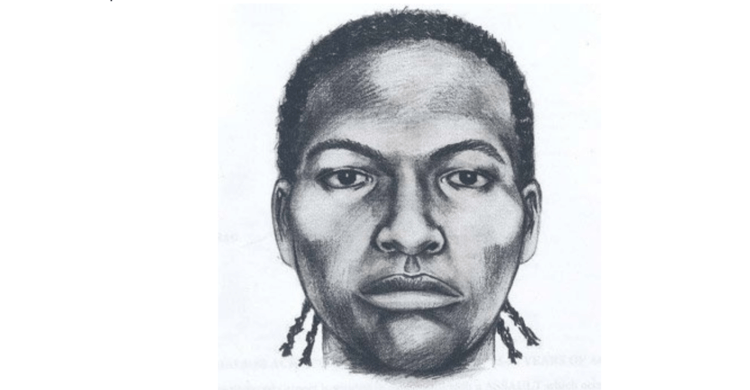 Don't Mention Race, Even If It Costs Lives

A violent black racist has been making violent attacks on Asian women in New York, and he's described in most news stories as an African-American, with an police artist sketch of his face. Most news stories, but I found one news story on the Metro papers site with not only no picture, but a complete description of him with the main detail omitted. The picture below does not appear in Metro's version of the story, I got it from a more responsible news site. 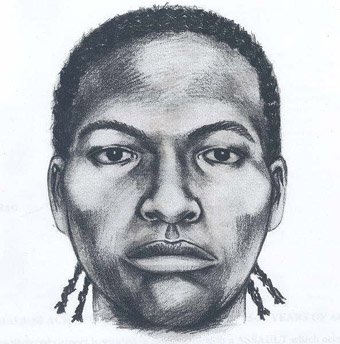 MANHATTAN. At least three women have been slashed by a man as they walked along busy city streets, most recently in Chinatown, police said.

The victims – Asian-Americans in their 30s or 40s – told police that the suspect slashed their right arms with a knife or an unknown object as he passed them. The latest attack occurred Aug. 17 at Chrystie and Delancey streets, where a 35-year-old woman was attacked. Police said the woman suffered a minor laceration and was taken to an area hospital for observation.

Investigators believe the same man is also responsible for two attacks on July 16. A 32-year-old victim was slashed as she walked on West 32nd Street and a 46-year-old woman was assaulted hours later near Grand and Chrystie streets.

Police said the suspect was described as a man in his late 20s about 5 feet 10 inches tall with a slim build. He was last seen wearing a light gray sweatshirt with the numbers ”09” on the back. Anyone with information is asked to call police at 800-577-TIPS.

This is the paper that's given away free on the subways in New York, so it's the one that's among the most likely to be seen by potential victims, but they just can't say that the guy who's slashing random Asian women is black—even if it costs lives.

Ask Joshua Rhett Miller [email] if he did this on purpose, and ask the editors of NY Metro [email] if this is their policy.