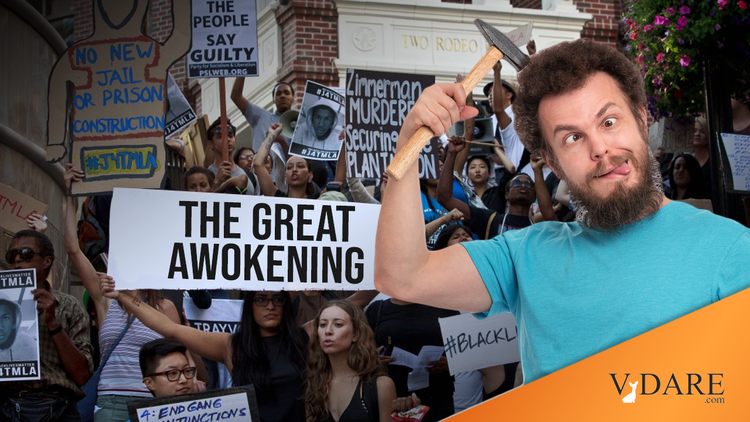 "Diversity or Science: You Can’t Have Both"

Jared Taylor has video called Diversity or Science: You Can’t Have Both.

In a recent TakiMag article, Theodore Dalrymple, a medical doctor, described an experience he'd had with a hospital administrator:

A hospital manager once upbraided me for not having filled my activity returns.

“Why?” asked the manager, unused to such manifestations of resistance on the part of proletarians such as doctors.

“Because,” I said, “you can either have activity returns or activity. I opt for activity.”

I added that my decision was final and that I allowed no appeal against it. This was the last I ever heard of activity returns, and as far as I know the hospital did not collapse as a result of my refusal.

But no science professor or dean can say to a diversity administrator "you can either have diversity or science. I opt for science." He'd be instantly fired.