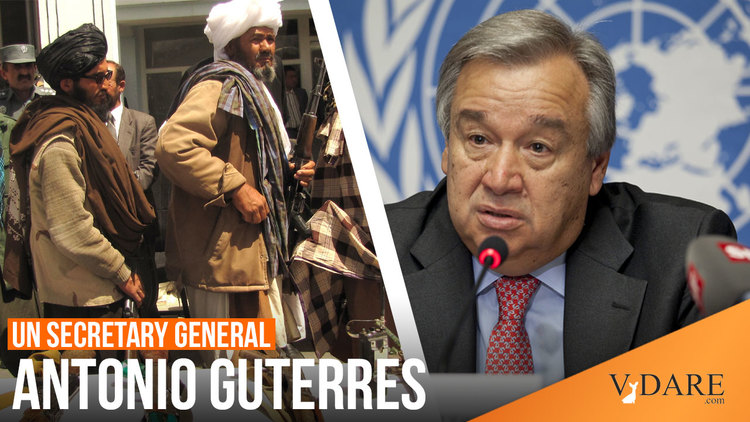 And, the health care system there is begging the feds for more money to help relieve this latest fallout from Biden’s totally screwed-up Afghan evacuation.

Thanks to a reader for alerting me to this story at American Military News:

Americans turned away from Virginia hospitals over Afghan evacuees

(Editor: Glad to see that the Afghans are not being referred to as ‘refugees.’ They are not legitimate refugees!)

A massive influx of Afghan evacuees strained Northern Virginia hospitals so much this week that American citizens were being turned away. 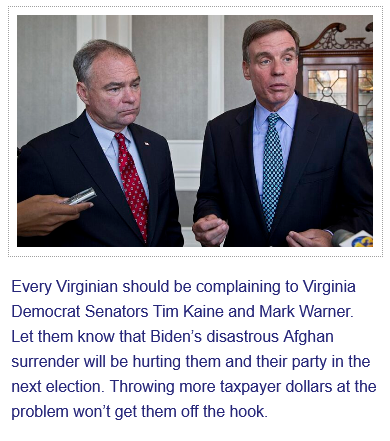 A hospital near Dulles Expo Center has been running out of beds, forcing the facility to turn away non-Afghan patients who didn’t need critical care, according to The Washington Post.

The overwhelmed hospital system prompted a regional emergency response group to monitor the hospitals after one became so packed with patients that federal officials lost track of a number of Afghans receiving medical care, including a month-old child suffering from a possibly life-threatening condition.

“Our hospitals are already almost at capacity,” she said, referring to patients with COVID-19. “It’s not like they have tons of free beds available. We are still in the middle of a pandemic.”

Nickerson said federal officials have not been responsive to requests for financial help. The Washington Post reported that a spokesperson for the U.S. Department of Health and Human Services said questions should be presented to the Department of Homeland Security, which did not respond to several attempts seeking comment.

The offices of both Senators Tim Kaine and Mark Warner said they are aware of and monitoring the situation.

Nickerson further explained that a federal contractor which was supposed to retrieve Afghan evacuees after their hospital visits has left them in the facilities for up to six hours. Cherokee Federal, the contractor in question, did not respond to The Washington Post’s request for comment. [Oh, gee, another contractor for me to investigate!—ed]

As Afghan evacuees continue to arrive, the cost to care for them continues to rise.

On Aug. 28, top local administrators, who make up the board of the Northern Virginia Emergency Response System group, sent a letter to Virginia’s secretary of health and human services, calling for federal and state dollars to be allocated for the ongoing effort.

“To meet the current need, we are leveraging what little resources we have to augment the existing team at the moment, but this is not sustainable with only a staff of 12,” the letter said.

Stephen Jones, chief executive of the Inova Health System, said the hospitals shouldn’t expect the impact of the Afghan crisis to end any time soon.

By the way, I have 390 posts in my health issues category. See what other health problems refugees and migrants of all sorts bring to America. Health problems, including mental health problems, that you ultimately pay for, one way or another.

If you missed it yesterday, I wrote a refugee-related story at "Frauds and Crooks."

One of his many defenses of Islam as a religion of peace was in 2009 as I wrote here. He claimed that the imperative to welcome and protect the stranger came from roots in Islamic Sharia Law NOT from Judaism and Christianity.https://t.co/rh69idihEy