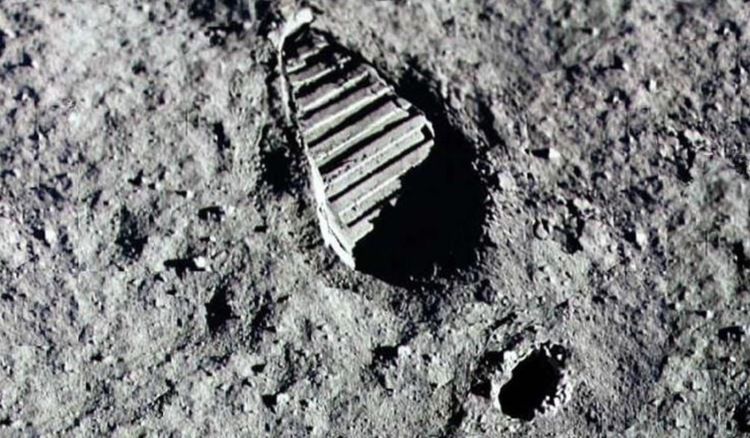 Diversity On The Moon: Will There Ever Be A High-Heeled Footprint?

Neil Armstrong was the first man to walk on the moon. Who will be the first woman?

Fifty years after a military test pilot made the first striated boot prints in the thick gray powder of the lunar surface, NASA has an ambitious plan to send humans back to the moon by 2024.

But this time there’s a twist.

The next time a pair of astronauts set foot on the moon, the space agency has vowed that at least one of them will be a woman.

“I think most women would say it’s about time,” said former astronaut Janet Kavandi , director of NASA’s Glenn Research Center in Cleveland. “Women have been in the astronaut corps for decades now. We’ve gone everywhere else our male counterparts have gone.”

NASA is so serious about sending a woman to the moon that it has named its new lunar program Artemis. In Greek mythology, Artemis is the goddess of the moon and twin sister of the sun god Apollo.

“Having women astronauts on the moon is something that is long overdue,” said NASA administrator Jim Bridenstine. “And because we have this very diverse, highly qualified astronaut corps, we can make that a reality.”

Jeff Hoffman, another former astronaut who’s now a professor at MIT, said that sending a woman to walk on the moon would be deeply symbolic.

“When people ask when I knew I wanted to be an astronaut, I always say that like every other red-blooded boy, I was inspired by the men who flew on Apollo,” he said. “Unfortunately, the red-blooded girls didn’t have those role models.”

“It was a very homogenous group,” former astronaut and NASA administrator Charles Bolden said in a speech honoring the 50th anniversary of Apollo 11.

If human beings are actually going to live and procreate future generations in space, then of course women are essential. On the other hand, I’m not sure we are anywhere close to that yet. Trump’s idea of going back to the Moon in 2024 basically sounds like his retirement party for himself.

… But studies have found that space radiation puts female astronauts at greater risk of dying from cancer compared with their male counterparts.

“This is a major concern,” Donoviel said. “The current permissible limits to time in space end up being twice as long for men than women.”

Generally speaking, the L.A. Times’ lady science reporters usually put some interesting details like these in their stories somewhere.

On the other hand, at least 17 male astronauts have developed a condition called spaceflight-associated neuro-ocular syndrome, or SANS. This is a swelling of the optic nerve that occurs when the lack of gravity causes fluids in the body to shift, allowing pressure to build up behind the eye. SANS can lead to vision loss — an ailment that could quickly derail a mission.

“We are not seeing it in women, and people don’t understand why,” Donoviel said.

Heinlein would have been pleased. In Starship Troopers, while the Mobile Infantry grunts are all male, the space pilots who deliver them to the drop zones are all female, for reasons.

Unlike the Apollo missions, which landed near the moon’s equator, Artemis will explore the lunar south pole. There, craters stuck in permanent shadow are believed to harbor millions of tons of water ice.

Hopefully. Basically, after all these years, rocketing away from Earth’s gravity remains insanely expensive. Saturn V launches cost something like a billion dollars each in today’s money. So the only hope that space travel can pay is if you can find a lot of H20 where you are headed.