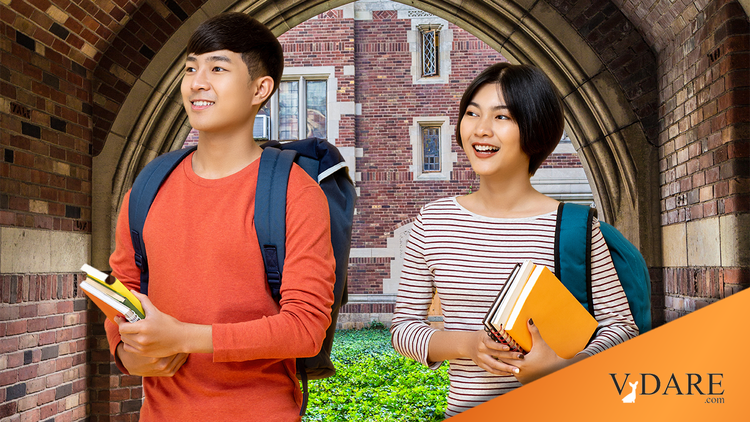 Diversity Is Strength! It's Also Discrimination Against Asian Students

One clever kid has caught Princeton in what he's calling discrimination against Asian-Americans.

Born in China but currently living in New Jersey, Jian Lin claims he was aware a study of admissions processes published by three Princeton researchers in 2004, which found that while elite universities gave African-American applicants an advantage equivalent to 230 extra SAT points and Hispanic applicants 185 points while making admissions decisions, the schools placed Asian at a disadvantage equal to a loss of 50 SAT points.

Two of the three researchers went on to publish a study on "disaffirmative action" in which they said Asians would be the most advantaged group by the disregarding race as a factor in college admissions. In such a scenario, the acceptance rate for Asian students would go up from 17.6 percent to 23.4 percent, the study found.

Li decided to test it out.

Li said he scored a perfect 2,400 on the SAT and a combined 2,390 on SAT II subject tests in calculus, chemistry and physics. While the civil rights agency is only using Li's test scores and GPA as evidence in the case, Li said he does not believe these two pieces of information fully represent his admissions profile. In high school, Li said, he was president of the intercultural organization American Field Service, participated in American Legion Boys' State and volunteered for a community service project in Costa Rica. Princeton faces suit from Univ. freshman, by Kimberly Chow and Judy Wang, Yale Daily News 11/15/06

And yet he found Princeton didn't want him.

Li is not interested in transferring to Princeton or accepting monetary settlement. Instead, he claims, he simply wants to bring attention to the issue.

Lily Dorman-Colby a Yale sophomore, is quoted by the Yale Daily News as saying she thinks discrimination may have occurred in Li's case because colleges strive to create ethnic diversity in spite of the fact that Asian students perform better on standardized tests and have higher grades:

"It's getting to be a tricky situation for schools because, in order to represent the country as a whole, they are actually being discriminatory toward Asian Americans," she said.