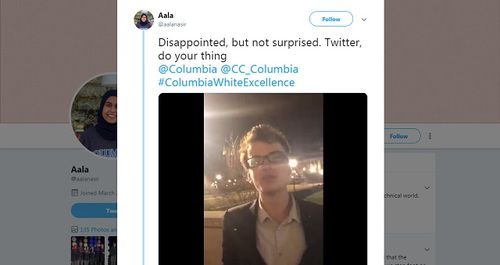 The reason a college undergrad gets globally denounced for saying that white men invented the modern world is not because it’s false but because it’s so true.

Granted, that’s not what Google tells you if you search on American inventors:

But from my 2003 review of Charles Murray’s Human Accomplishment in The American Conservative:

Human Accomplishment sheds fascinating light on identity-politics issues. Women, for instance, account for merely 2 percent of the 4,002 personages. They are strongest in Japanese literature, with 8 percent of the significant names, including the third-ranked Japanese writer, Lady Murasaki Shikibu, author of the thousand-year-old proto-novel The Tale of Genji. Women are particularly insignificant in composing classical music (0.2 percent) and inventing technology (0.0 percent). Is this changing much? Murray unofficially glanced at who “flourished” after 1950 (depressingly to me, he assumes careers peak at age 40) and found female accomplishment to be up sharply only in literature. In fact, the percentage of Nobel Prizes won by women fell from 4 percent in the first half of the 20th century to 3 percent in the second.

Still, Murray’s rankings may be slightly unfair to female artists because they are less likely to have brilliant followers. My wife, for example, was incensed that Jane Austen finished behind the lumbering Theodore Dreiser and the flashy Ezra Pound. Yet, these men probably did have more influence on other major writers. That’s because subsequent famous authors were mostly male and thus less interested than the female half of the human race in Austen’s topics, such as finding a husband.

In the sciences, 97 percent of the significant figures and events turned out to be Western. Is this merely Eurocentric bias? Of the 36 science reference books he drew upon, 28 were published after 1980, by which time historians were desperately searching for non-Westerners to praise. Only in this decade has the most advanced non-Western country, Japan, begun to win science Nobels regularly.

For his encyclopedic Modern Mind: An Intellectual History of the 20th Century, Peter Watson interviewed 150 scholars from around the world about who was responsible for the great innovations. Watson recounted that

Maybe this is a little unfair to the Japanese, whose Just-in-Time manufacturing was hugely important. And to some nonwhites in the West who came up with good ideas like jazz.  Overall, though, the dominance of whites is just so hugely apparent that it's in bad taste to talk about it.

Cheerleading for Euro-Americans seems as pointless as cheerleading for men would be. It's mildly interesting that a woman invented Liquid Paper whiteout fluid (namely, Bette Nesmith Graham, a secretary and the mother of Mike Nesmith of The Monkees). But the fact that a man invented Post-It Notes is not interesting—because we all know that men invent more or less everything.