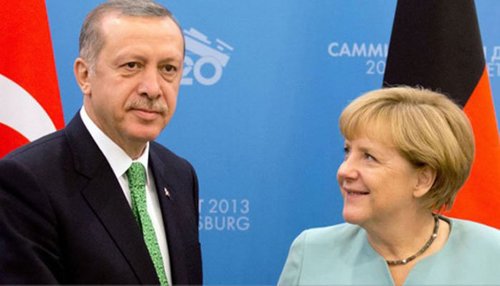 ISTANBUL — In a stunning electoral comeback, the Islamist party of President Recep Tayyip Erdogan regained its majority in Parliament on Sunday, ensuring Mr. Erdogan’s continued dominance of Turkish politics after months of political turmoil and violence.

The result will permit Mr. Erdogan to remain the country’s pre-eminent political figure while pushing the boundaries of the constitutional limits of the presidency, a largely ceremonial role.

With 99 percent of the votes counted, according to the state broadcaster TRT, the Justice and Development Party, or A.K.P., captured 49.3 percent of the popular vote, giving it a solid majority of 316 seats in Parliament.

The victory for the A.K.P. came at great cost to the cohesion of Turkish society. Critics say Mr. Erdogan’s divisive rhetoric, by denigrating opponents as terrorists or traitors, helped polarize the country. And a government crackdown on dissent in the lead-up to the vote, with mobs attacking newspaper offices and a recent raid on a media conglomerate opposed to the government, raised concerns abroad about Turkey’s commitment to democracy.

The outcome was also a spectacular upset given that most polls had predicted a result similar to June’s national election, which had denied the A.K.P. a parliamentary majority for the first time in more than a decade.

The victory seemed to validate Mr. Erdogan’s electoral strategy of turning more nationalist, and taking a harder line with Kurdish militants in the southeast, where a long-running war resumed in recent months. Much of the party’s gains seemed to come at the expense of the far-right nationalist party, as voters switched to the A.K.P.

Nobody seems to be talking about it in coverage of Erdogan’s unexpected comeback, but wouldn’t Chancellor Merkel’s October 18th visit to Erdogan to try to bribe Turkey with money and E.U. rights in return for cutting back on the migrants have been a key event in validating Erdogan in the minds of wavering Turkish voters, especially in the minds of Turkish nationalists? 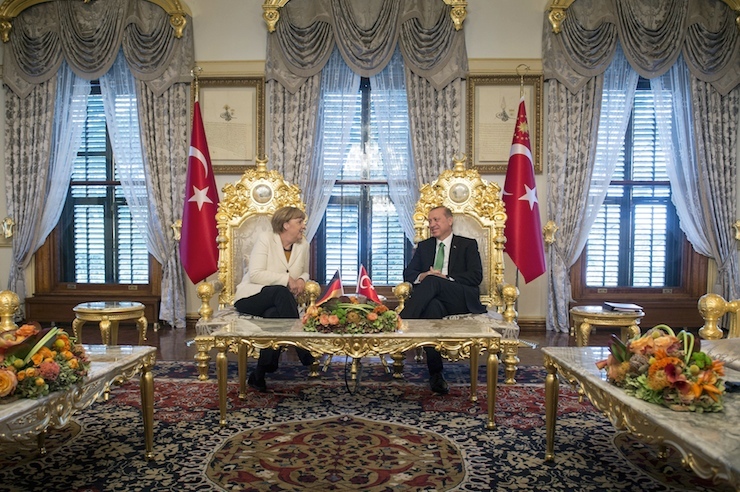 After all, Dr. Merkel spent the earlier part of 2015 humiliating Turkey’s old enemy, Greece. But now even mighty Germany is in submission to Turkey’s leader.

I certainly don’t know enough about Turkey’s byzantine politics to understand exactly what’s going on, but this scenario seems like basic human psychology. Voters pay attention to who looks like the alpha dog — e.g., look at how everybody is all excited by Rubio putting ¡Jeb¡ in his place. If the Moral Leader of the World and ruler of Europe comes and begs your President for mercy, well, maybe you’ll re-evaluate your objections to the guy. Whose bandwagon do you want to be on?