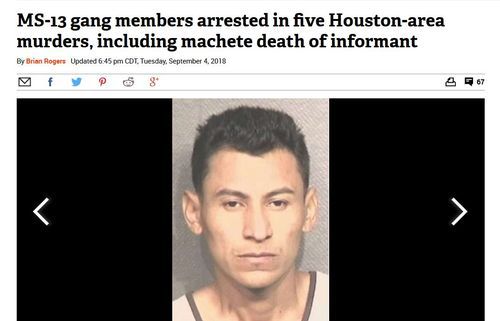 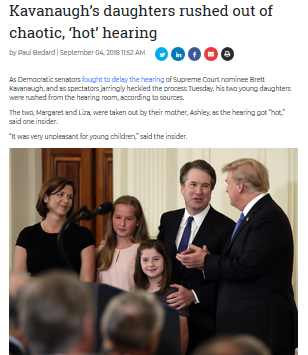 Democratic protestors repeatedly interrupted the Kavanaugh hearings today. His daughters were frightened and were removed from the hearing by their mother.[Kavanaugh’s daughters rushed out of chaotic, ‘hot’ hearing, by Paul Bedard, Washington Examiner, September 4, 2018]

And, here is what's happening besides the Supreme Court Kavanaugh hearings:

The officer, Matt Cooper, is a married man with two young children. [‘Prayers are working’: Wounded Covington officer mouths ‘I love you’ to wife, By Steve Burns, The Atlanta Journal-Constitution, September 4, 2018] What a terrible crime.