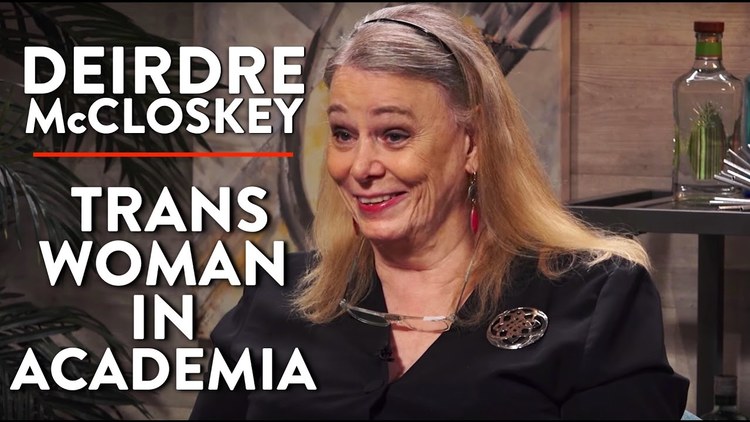 Deirdre McCloskey Endorses The Wisdom of Repugnance; or, Too Many Damn Steves!

Deirdre McCloskey, who is probably the most prominent female economist in America, issues a peeved review of economic historian Gregory Clark's "A Farewell to Alms: A Brief Economic History of the World." Dr. McCloskey writes:

"Clark most engagingly summarizes an enormous scientific literature, and if he gets any substantial number of noneconomic intellectuals innocent of economic history to grasp what we other students of such matters all know happened 1600 to the present we will in our great-heartedness forgive him for the rest. The trouble with this hope is that his distinctive hypothesis is going to appeal only to the Steve Sailers, Stephen Pinkers, and Seth Roberts of the world and is going to repel everyone else."

It's amusing to hear the former Donald McCloskey, of all people, appeal to what Leon Kass calls "The Wisdom of Repugnance."

By the way, I don't know who Seth Roberts is, but the story behind McCloskey lumping "the Steve Sailers" and "Stephen [sic] Pinkers" together is that McCloskey is part of a cabal of high IQ transsexuals, including Lynn Conway (pictured here next to Brent Scowcroft) and Joan Roughgarden, who have waged a vicious smear campaign against Northwestern U. psychologist J. Michael Bailey. Bailey's unforgivable sin was publishing a book that included a theory of transsexualism at odds with the I-always-felt-like-a-little-girl-inside story promoted in public by most transsexual intellectuals, such as McCloskey, who was the captain of his high school football team.

As part of their jihad, McCloskey and Co. have tried to smear anybody, such as Pinker or myself, who has ever written anything positive about Bailey. Not surprisingly, the transsexuals teamed up with the Southern Poverty Law Center in their attempt to shut down all heresy on the subject and wreck the careers of anyone sympathetic toward Bailey. The New York Times exposed the nastiness of McCloskey and Co.'s censorship and guilt-by-association campaign earlier this year.