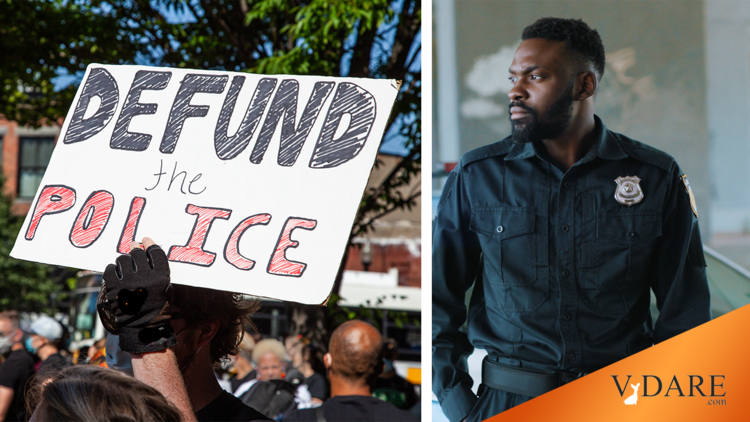 SEATTLE — As the Seattle Police Department looks at the Seattle City Council’s demands to cut the department’s budget by 50%, police Chief Carmen Best fired back at a suggestion from Councilmember Lisa Herbold to lay off officers out of order of seniority as a way to preserve the jobs of people of color.

“We cannot do layoffs based on race,” Best said. “I would love for Councilmember Herbold to work with us and not against us, making sure we have a viable number of officers.”

Currently, a majority of the City Council supports defunding the Seattle Police Department’s budget by 50% in an effort to move some tasks away from the department and to fund community-led organizations. …

On Wednesday, SPD released a detailed diversity breakdown of current officers and recruits to show the impact of that proposed cut. According to the policy, they would lay off the most recent hires first.

SPD said that would mean laying off 46 Asian officers, 47 Black or African American officers, 56 Hispanic or Latino officers and 59 biracial or multiracial officers, among others, as well as 526 white officers.

Councilmember Lisa Herbold called a similar diversity breakdown of the proposed cuts “a threat” on Twitter.

She wrote that the “Chief can request the Public Safety Civil Service Commission Executive Director to lay off out of order” when doing so is in “the interest of efficient operations of his or her department,” citing the commission’s rules.

Herbold went on to tweet that “this means Chief doesn’t have to fire the newest hired first. Chief says firing BIPOC members of the SPD would be harmful and I agree. I know she can argue just as convincingly that maintaining the employment of BIPOC officers is in the interest of efficient operations of the SPD.”

“It is illegal to make layoffs based on race,” Best said. “I’m not sure where she’s getting her legal advice from, but the persons who are advising us are making sure we understand it’s illegal to do that.”

But I’m sure some judge somewhere will make an exception for discriminating against white cops. It’s 2020!

By the way, I’ve met three different Herbolds with ties to Seattle, including Robert Herbold, the Chief Operating Officer at Microsoft. I wonder if Lisa [Email her] is a relative?