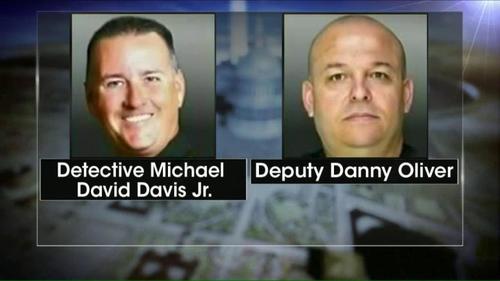 Representative Raul Labrador has recently proposed legislation in the House of Representatives, the Davis-Oliver Act, to crack down on illegal immigration, the expansion of Expedited Removal is proposed. This writer has been advocating this expansion for years. However, in the area of Expedited Removal, the legislation is wholly inadequate. In fact, the legislation backslides in the area of judicial review and the legislation will not do what it claims, but still enrages and motivates the advocates of nation breaking. What might happen is that this inadequate act might become a vessel for a compromise on amnesty.

The Trump administration has found a way to deport millions of undocumented aliens without hearings, and the Republican-controlled congress is working on enforcement-only legislation.

On May 16, Rep. Raul Labrador (R-Idaho), introduced the Davis-Oliver Act, H.R. 2431. Davis and Oliver were law enforcement officers who were murdered by an alien returning to the United States illegally after being deported twice.

Republicans Are Preparing Extreme Immigration Measures, by Nolan Rappaport, The Hill, May 22, 2017

The Act purports to expand Expedited Removal to criminal aliens, but that is already available to the Department of Homeland Security (DHS) and unnecessary.

“(2) The Secretary of Homeland Security may not execute any order described in paragraph (1) until 14 calendar days have passed from the date that such order was issued, unless waived by the alien, in order that the alien has an opportunity to apply for judicial review under section 242.

Expanding Expedited Removal to all illegal aliens regardless of the time spent in the United States is the only manner in which to solve the illegal immigration crisis. Most illegal aliens have been in the United States more than five years and now more than half are overstays. Expanding Expedited Removal will return immigration law to the status-quo-ante before the granting of the right to removal hearings by Immigration and Nationality Act amendments from 1965 and the administrative creation of the immigration court system. President Dwight D. Eisenhower was successful with Operation Wetback because illegal aliens in the 1950s had no administrative or judicial review options.

While some of the Act is good, it is not enough without a serious expansion of Expedited Removal, the administrative removal of illegal aliens without judicial review or administrative hearing. And it appears that this Act is only a stalking horse for amnesty:

Perhaps the Democrats should consider supporting a modified version of the Davis-Oliver Act in return for Republican consideration of a modified legalization program and other measures that are important to the Democrats.

A similar agreement was the basis for the Immigration Reform and Control Act of 1986 (IRCA), which made legalization available to millions of undocumented aliens in return for interior enforcement measures and border security.