As far as borders and sovereignty go, Texas Governor Rick Perry is all hat and no cattle. His campaign style is attractive to those who admire a certain swagger, but his beliefs run counter to what most American citizens want — that immigration be legal, controlled and reduced. 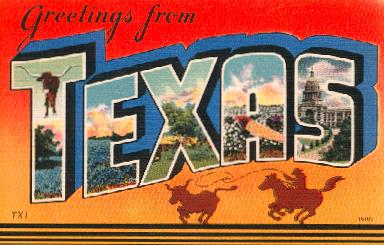 Even though Ann Coulter says in her book Demonic that conservatives don’t get emotional crushes on political figures the way that the liberal mob does, there does seem to be a mini-swoon forming over the flashy gov who prays in public and talks tough — except when it comes to immigration enforcement.

Perry not a true conservative, Politico, By Tom Tancredo, August 11, 2011

On Saturday Texas Gov. Rick Perry is expected to announce whether or not he will run for president. Many now believe he will.

Perry is eager to separate himself from his predecessor in the Texas governor’s mansion, George W. Bush — who is unpopular with both tea party Republicans and the American electorate as a whole. But one area where Perry’s positions are virtually identical to Bush is immigration.

When I ran for president in 2008, I tried to pressure the Republican candidates to take a hard line against illegal immigration. For this, Perry called me a racist.

When he first took office as governor in 2001, Perry went to Mexico and bragged about his law that granted “the children of undocumented workers” special in-state tuition at Texas colleges, the first state in the nation to do so.

Just a few weeks ago, Perry defended his decision to give in-state tuition to illegal immigrants. He said “to punish these young Texans for their parents’ actions is not what America has always been about.”

Perry opposed Arizona’s tough anti-illegal immigration law SB 1070. “I have concerns,” he explained, “with portions of the law passed in Arizona and believe it would not be the right direction for Texas.”

He spoke out last year against using E-Verify to prevent illegal immigrants from getting jobs as state employees, who get their paychecks from the taxpayers. He insisted it “would not make a hill of beans’ difference.”

Perry, in a speech in Mexico in 2007, said he supports completely open borders, calling for the “free flow of individuals between these two countries who want to work and want to be an asset to our country and to Mexico.”

In the same speech he came out against building a fence along the U.S.-Mexican border.Perry also came out in favor of blanket amnesty for illegal immigrants in 2006, albeit without citizenship, supporting “a guest worker program that takes undocumented workers off the black market and legitimizes their economic contribution.

“??Despite all his talk about sovereignty and states’ rights, Perry proposed the Trans-Texas Corridor. This toll road would go through Mexico, but be run together with the Mexican government in the middle of Texas.

While I was in Congress, I co-sponsored the H.C. Res. 487 to block the creation of this highway. Fortunately our efforts in Congress, along with the work of conservatives in the Texas legislature, derailed Perry’s sovereignty sacrificing scheme.

Perry’s views here are at odds with the vast majority of Americans — and virtually all Republican voters. While he opposes E-Verify for even state employees, 82 percent of all voters, and 91 percent of Republicans, support E-Verify for all employees.

Perry’s only true conservative positions on borders involve calling for an end to sanctuary cities and signing a voter ID law. While I support these measures, they don’t make up for the rest of his positions on immigration. Even a broken clock is right twice a day.

Tom Tancredo served as a Republican congressman from Colorado 1999-2009, and was chairman of the bipartisan Immigration Reform Caucus. He now serves as chairman of Team America PAC and the Rocky Mountain Foundation.